Nefarious ne’er-do-wells, bent on leading a life of crime in the Arizona territory, knew their stock in trade had a few risks. It was hard to look innocent and inconspicuous while driving a herd of stolen horses or cattle. The encumbered perpetrators were also quite vulnerable to being pursued by an angry rancher and his hired hands. Whiskey running and small-time hold ups brought little return for the risk involved. Banks had lots of money, but they were located in towns where people didn’t take kindly to having their savings robbed, and posses could be formed quickly. That left stagecoaches and trains as likely victims. Both were especially vulnerable when pulling long grades or stopped at some remote station. 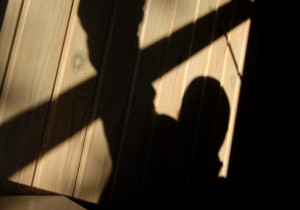 One of Arizona’s zaniest robberies took place five miles west of Willcox on January 30, 1895, when two cowboys named Grant Wheeler and Joe George decided to raise their station in life by robbing the Southern Pacific.

Since neither had ever hoisted a railroad before, there was going to be a degree of “on-the-job training.” The novice train robbers purchased a box of dynamite in Willcox under the pretense of going prospecting. They cached their blasting powder and hobbled their horses some seven miles west of town, then walked back a couple of miles to meet the train. West of Willcox was a long grade that slowed the train enough that the two itinerant cowpunchers jumped aboard with ease.

It didn’t take much persuasion to entice the engineer to stop the train, especially when he was looking into the muzzle of a .45 revolver.   One of the desperados jumped down and uncoupled the passenger cars and signaled the obliging engineer to pull forward with the mail and baggage cars to where the dynamite was waiting.

They broke into the express car and found the Wells Fargo messenger had slipped out the door on the opposite side and high tailed it back to the passenger cars. Undaunted, Wheeler and George placed sticks of dynamite around the two safes, lit the fuses and ducked out the door. The first blast destroyed the door on the smaller safe, but the prize—a large Wells   Fargo   safe remained intact. They tried again, this time adding a couple of extra sticks for good measure and got the same results. The big safe reappeared, unblemished, in a haze of smoke and splinters. Finally, the frustrated would-be desperados piled the rest of their blasting sticks around the safe and packed eight large sacks, each containing one thousand Mexican silver pesos on top to act as ballast. They stuck a match to the fuse and lit out, running for the nearest cover. The resounding blast shook the ground from the Dragoons to Dos Cabezas. The entire express car was blown to splinters. Pieces of lumber mixed with thousands of “dobe” dollars were flung far and wide.   (“Dobe” was a colloquialism for Mexican pesos.)

It was something of a miracle that Wheeler and George survived the blast of silver coins that spewed from the exploding car, impregnating everything they hit, including the telegraph poles alongside the track. When the smoke cleared, the two amateurs entered the car and found the durable safe door blown off but only a few dollars tucked inside. The real booty was the Mexican silver used as ballast and it was scattered all over the countryside. They stuffed a few coins in their pockets and rode off into the night, no doubt, to re-evaluate their modus operand! When word of the “dobe” dollar fiasco reached town, most of the population of Willcox took their rakes and hurried out to the scene of the crime. Old timers said people were still raking the ground and uncovering silver coins thirty years after the robbery.

The Wheeler-George venture had gotten off to a shaky start, but the two erstwhile cowboys decided to persist in their new career. On the evening of February 26, they stopped another Southern Pacific train, this time at Steins Pass, a popular place for train robbers. To their surprise, the fireman and engineer were the same crew from the previous robbery. “Well, here we are again,” Wheeler grinned.

Since the only part of the game plan that failed previously was the extravagant application of blasting powder, Wheeler and George decided to use the same set-up as before—uncouple the passenger cars and move the express and mail cars down the track a couple of miles to where the dynamite was waiting. While George kept the crew covered, Wheeler went back to uncouple the cars. That done, he climbed back on the engine and ordered the engineer to pull ahead (by now it’s likely the four were on a first name basis).

When they reached the dynamite, the engine was halted and the two headed for the express car and discovered-horrors—in his haste Wheeler had uncoupled the wrong car. The express car—the one with the dinero—was still hitched to the passenger cars, two miles down the track.

Wheeler and George looked at each other with resigned frustration, shrugged and sheepishly ordered the engineer to rejoin his train.

After the train left, the much-chagrined bad men lit the fuse on the unused dynamite and rode off in disgust.

This story should have a happy ending—but it doesn’t. Wheeler and George should have gone back East and formed a vaudeville team or something more suitable to their natural talents. Wells Fargo and the Southern Pacific failed to see the humor in these frivolous escapades, nor did they take kindly to having their property tampered with in such an irreverent manner. Both Wheeler and George were eventually tracked down and died with their boots on.