Back in 1540 Francisco Vasquez de Coronado led a large expedition across Arizona in search of the mythical Seven Cities of Gold. They followed a tortuous path along waterless desert valleys, through twisting, boulder-choked canyons and across brawny mountain ranges. They came up empty in their quest for fortune but found, in the words of their chronicler, “a good place to search.”

Ol’ Ma Nature’s rough hands couldn’t have created a better place on this earth to hide a treasure than right here in Arizona. It’s also a good place to lose one and we’ve got more lost mines here in the heart of Arizona than politicians got plans. 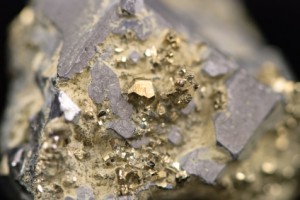 Most of these mines have a history of being found then lost again. The stories stay pretty much the same: prospector finds rich treasure, thinks he has memorized the exact spot, and then leaves. Upon his return, his mind starts playin’ tricks on him, and he can’t relocate the elusive strike.

In the 1870s a pair of itinerant sourdoughs followed a Yavapai Indian into the narrow canyons east of today’s Black Canyon City. Earlier, in Phoenix, they’d seen him pay for his supplies with a handful of nuggets and were determined to find the Indians mine and claim the riches for themselves. Some¬where along the Agua Fria, they lost him, and, while trying to pick up his trail, they stumbled upon a granite outcropping laced with pure gold.

The two men, whose names were Brown and Davies, quickly filled their saddle bags with some $80,000 worth of rich ore and started to leave the narrow canyon. Just then a war party of Yavapai showed up and opened fire. Davies toppled from his saddle, mortally wounded. Brown, who was bringing up the rear, dove behind a huge boulder and prepared to make a last stand.

Four well-placed shots dis¬patched the riders of three ponies and wounded a fourth warrior. Retrieving their injured comrade, the Indians rode away. Brown hid out in a manzanita thicket until it was safe to emerge, then buried his bags of ore on the east bank of an arroyo. He pocketed one ore specimen, took a long look around to make sure of his bearings and—just to make sure he could relocate the site—lodged his prospector’s pick in the side of an old saguaro.
Brown escaped from that canyon and made his way to California. In San Francisco, he had the ore specimen assayed.

Brown waited for the Indian Wars to end before returning to Arizona. By this time he was 80 years old. On his way to the Agua Fria River country, he took sick and was placed in a hospital.

On his deathbed the old prospector revealed, for the first time, the story of his Lost Pick Mine. I reckon he figured some other old sourdough deserved to find it.

Well, no one did. A Mexican sheepherder did claim he’d seen a saguaro with a pick in its hide, but he couldn’t recollect exactly where it was.

Most folks believe all the lost Spanish treasures lie south of the Gila, but at least one is lost somewhere in the arroyos around central Arizona’s Sycamore Canyon.