CultureDose of History
Home›Culture›Why Does New Mexico Have a Stronger Hispanic Heritage Than Arizona?

Why Does New Mexico Have a Stronger Hispanic Heritage Than Arizona?

Excerpt from Valley 101: A Slightly Skewed Guide to Living in Arizona, a collection of Clay Thompson’s columns for The Arizona Republic. (Originally published December 12, 2002.)

Today’s question: If Arizona and New Mexico were both settled by the Spanish, why does New Mexico seem to have a much stronger Hispanic heritage than we do?

That’s a good one. For help on this I turned to good old Marshall Trimble, author, singer, teacher, Arizona state historian and all-around swell guy.

The answer in a nutshell is because the early Spanish settlers and explorers weren’t completely stupid. 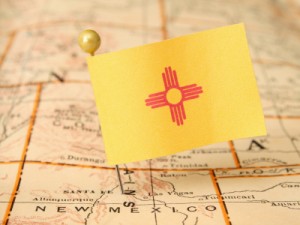 It starts in 1540 with Coronado, who wandered around the Southwest and up into Kansas for a couple of years looking for the fabled cities of gold, which, of course, he did not find. So he went home, where, according to legend, he found out his wife had been fooling around with another guy while he was out traipsing around, and eventually he died.

Then nothing much happened for 40 years or so because the Spanish had plenty to do in Mexico and, since there weren’t any cities of gold here, they decided to stay home. They had to wait to forget, as Trimble put it.

So 40 years later a new generation of the Spanish got the exploring bug and headed north looking for treasure and settlement opportunities and even the Northwest Passage. The thought was it was someplace in northern New Mexico or southern Colorado. Those wacky Spaniards.

However, as noted, they weren’t completely stupid. They looked at New Mexico, which had water in its rivers, especially the Rio Grande, and which had peaceable Pueblo Indians. And they looked at Arizona, which had hardly any water and had a lot of Native Americans, especially the Apaches, who tended to be on the crabby side when it came to the Spanish. Hmm, tough choice.

So they moved into New Mexico, founded some towns and settled down to farm and mine and so on.

Meanwhile, not much was going on in Arizona. Tucson was founded in 1775, but even when the Americans started turning up in the 1850s, the Spanish or Mexican population there was rather small, Trimble said. Tubac had been founded a few years earlier, but every now and then the Apaches wiped it out.

Eventually, the Spanish bought peace with the Apaches, but after Mexico gained its independence in 1812, it stopped payments and the Apaches went back to whacking people.

It wasn’t until around the 1850s and 1860s, when miners and railroads started moving into Arizona, that the population started to grow and that population was mostly Anglo. Hence, all the good chilies come from New Mexico.

Excerpt from Valley 101: A Slightly Skewed Guide to Living in Arizona, a collection of Clay Thompson’s columns for The Arizona Republic. (Originally published December 12, 2002.)