On a hot afternoon in 1849 not far from the Yuma River Crossing, a small party of Army Topographical Engineers came upon a young Indian girl wandering in the desert. She was nearly dead from exposure, hunger and thirst. Many would have left the youngster to her fate. It was a tough, unforgiving land where the strong survived and the weak perished.

The officer in charge was a kind, thoughtful man from Massachusetts, named Amiel Weeks Whipple. He’d only been in the Southwest a short time but had already devel­oped a deep respect for the customs and culture of the native residents.

Whipple shared his canteen with the youngster, then gave her some food. Before she departed he presented her with a small mirror—a simple token of friendship and also something any young lady would surely cherish. She smiled and left to return to her people. Lieutenant Whipple went back to his job—that of surveying a boundary between Yuma and San Diego, marking the new land won in the recent war with Mexico.

Lieutenant Amiel Weeks Whipple, 31, was a member of the elite Army Corps of Topographical Engineers. He was among the select group of men given the task of marking the new 1,500-mile border between the United States and Mexico. The treaty makers had made a number of snafus and it was up to the engineers to straighten things out before open hostilities broke out again. 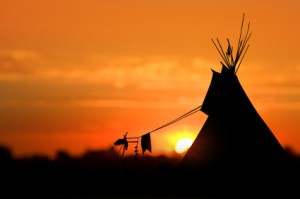 By December 10, 1849, the engineers had completed their work and the incident with the young Indian girl was long forgotten.

Two years later Whipple returned to survey the Gila River across Arizona. At the time, the Gila marked the boundary between United States and the Mexican Republic. Traveling west along the Gila, Whipple and his men, 47 in all, surveyed some 350 miles downstream. By December 22, 1851, they were about 60 miles east of Fort Yuma. Supplies were running low so Whipple decided to pack up his gear and head for the fort. He planned to spend Christmas within the friendly confines of the post before going on to San Diego to re-outfit.

Whipple and his men arrived at the Yuma River Crossing to find the fort abandoned. He was greeted by some 1,500 warriors with fire in their eyes. It was the same old story dating back to Spanish times. Some of the emigrants passing through had been abusing the natives. The army withdrew and the Yuma warriors seized both ferry boats. This river was a quarter of a mile wide and reached a depth of 30 feet, so Whipple and his men couldn’t cross without the aid of the Indians. On Christmas Eve an interpreter warned Whipple that an attack was planned on his small party. The young officer and his men hastily fortified themselves using wagons and baggage as breastworks. The site where the engineers prepared to make their stand is believed to be near where the Yuma Territorial Prison stands today.

They kept a watchful eye throughout the night waiting for an attack that failed to materialize.

The next morning a delegation of war chiefs approached and asked for a parley. Whipple told them he would pay them well, $2 per man and $ 1 for each horse and mule, for ferrying the group across the river.

The warriors responded by demanding to know how much gold Whipple was carrying. Apparently the Yumas had learned something about the value of the Yankee dollar.

The situation was growing tense when the daughter of one of the war chiefs walked over and whispered something in her father’s ear. He looked at Whipple for a moment then called the other warriors aside for a private parley. During the confab each cast a curious glance in Whipple’s direction. Finally, the chief asked through an interpreter if Whipple had been at the Yuma Crossing two years earlier. Whipple replied in the affirmative and from the relief seen on the face of the interpreters he knew the crisis had passed. The mood shifted from open hostility to friendliness.

The Yumas not only ferried Whipple’s party across the river but gave them escort all the way to San Diego’s coastal mountains. It’s a pretty good bet that Whipple’s humanitar­ian act towards that little girl on the desert near Yuma two years earlier saved the lives of 47 men at the Yuma Crossing that Christmas Day in 1851.