The Story Behind Cudia Neighborhood in Phoenix

Excerpt from Valley 101: A Slightly Skewed Guide to Living in Arizona, a collection of Clay Thompson’s columns for The Arizona Republic. (Originally published January 20, 2000.)

Q: I recently moved to the area of 40th Street and Camelback Road and my new neighbors tell me it’s the Cudia neighborhood, but I can’t seem to find out the origin of the name. Can you help?

A: Here at the gleaming research laboratories of Valley 101, teams of white-coated technicians pored over your question night and day for weeks before reaching the conclusion that maybe we should just ask somebody else. 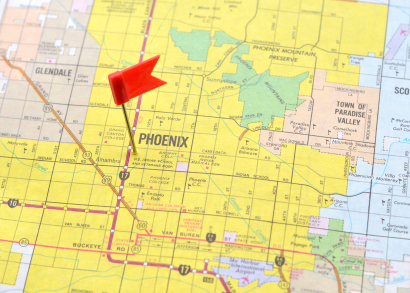 So we asked the estimable Gus Walker, a Republic artist and student of Valley history, who soon produced a tattered copy of The Golden Days of Theaters in Phoenix by one Jerry Reynolds in which we found the answer to your question.

The book is a little fuzzy on the dates, but at some time in the late 1930s or early ’40s, Salvatore Cudia, “a longtime showman in Europe and Los Angeles,” built Cudia City, the Valley’s first motion picture studio, near Camelback and 40th Street.

According to Reynolds, “filming at Cudia City reached its zenith with 26Men, a Western series for television. But when cars, planes and utility poles of the city’s growth reached the studios, they prohibited outdoor shooting.”

Cudia City became a tourist attraction, restaurant and theater before it was torn down to make way for residential development.