What Causes “Pool of Water” Reflections on the Road?

Excerpt from Valley 101: A Slightly Skewed Guide to Living in Arizona, a collection of Clay Thompson’s columns for The Arizona Republic. (Originally published May 6, 2003.)

Q: On a cross-country trip, my husband and I started wondering about those “pool of water” reflections on the road ahead. What causes that?

A: These travelers have seen, as we all have, a very common mirage. There are two kinds of mirages: inferior and superior. Inferior means the object is displaced downward. Superior is the other way around. The road thing is an inferior mirage. 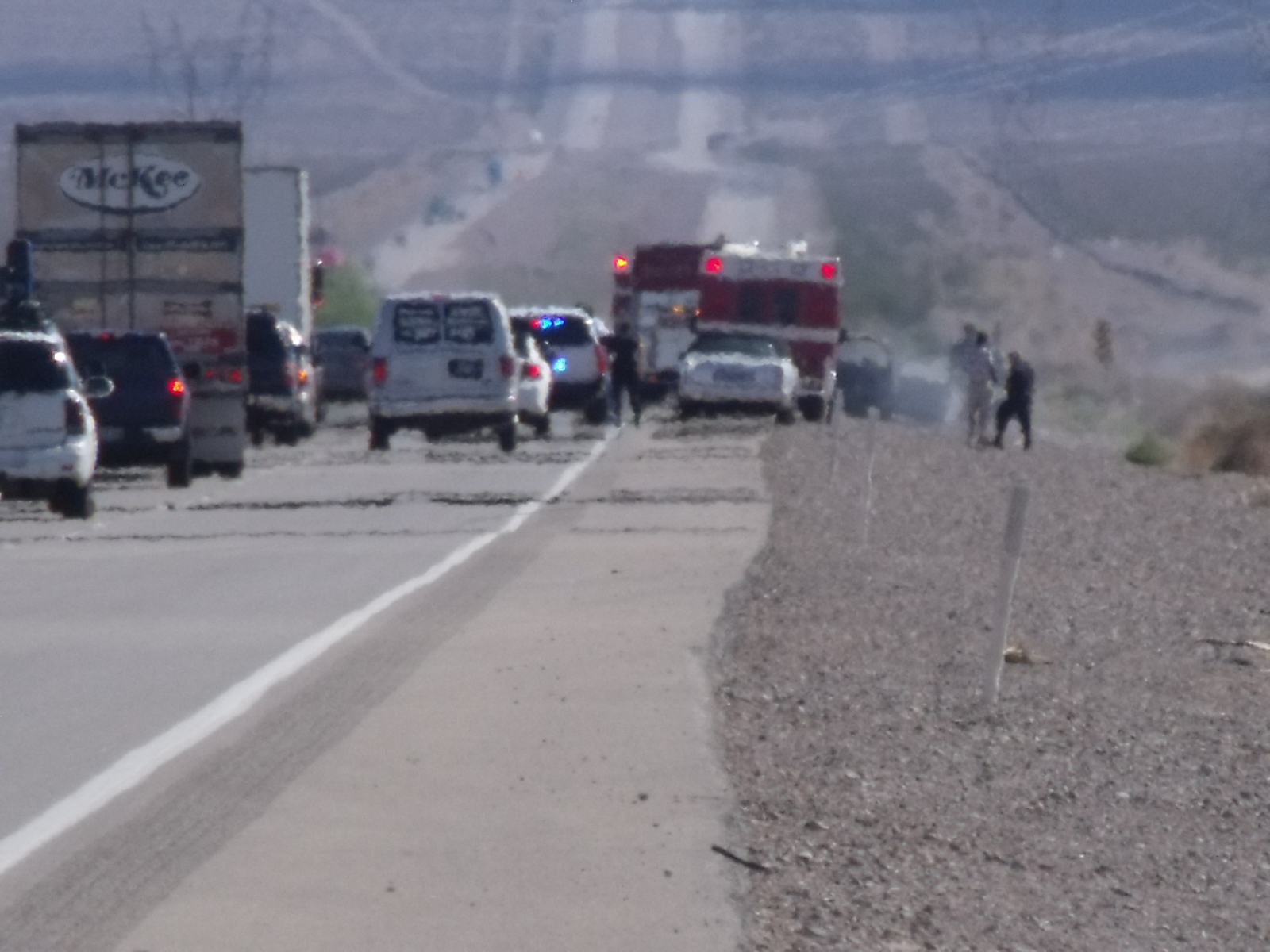 On a sunny day the surface of the road and the air just above it get very hot. The air just above that is fairly cool in comparison. Now, light travels faster through warm air than it does through cold air because warm air is less dense. Hence, when light hits that hot air just above the road surface at a certain angle, it changes speed and is bent upward. As a result, the light that hits your eye shows you a patch of sky where the road should be, an inferior mirage. It is an optical illusion, a joke that light has played on your brain, a joke that light never seems to get tired of and that your brain falls for every time.

A superior mirage occurs when there is a layer of warm air over colder air, a temperature inversion. They are fairly common over snowfields or over large bodies of water where it might appear a boat is floating in the air.

Some people think that some UFO sightings in which the flying saucers seem to dart through the sky and vanish are really superior mirages caused by the refraction of automobile headlights. That makes sense.

There is also a very rare type of mirage called a “fata morgana,” which is a combination of superior and inferior mirages that occurs only under certain atmospheric conditions. It is said to be quite something. I could explain how those certain atmospheric conditions create a combination of superior and inferior mirages, but frankly I don’t have the faintest idea. Instead, I’m going to go try again to put my socks on. My feet are cold.