Heroes of the Old West came about gaining public recognition in a variety of ways. Some, like Buffalo Bill Cody, came about it by self-promotion. Custer’s greatest glory came after his death at the Little Big Horn. Jim Bridger was glorified in the dime novels of Ned Buntline. The prolific journals of Pathfinder John C. Fremont, along with florid writing of his talented wife Jessie, made Kit Carson a legend in his own lifetime. Others like Pauline Weaver, Tom Fitzpatrick and Ewing Young never got the recognition they so richly deserved. Perhaps the most deserving of them all, yet the least known in Arizona, is Antoine Leroux.

Unlike many who were recruited from the grog shops of St. Louis, Leroux was a member of an affluent French merchant family and educated in the finest St. Louis acad­emies. But there was a sense of adventure in his blood and in 1822 he joined the storied Ashley-Henry Expedition that left St. Louis in 1822 and explored to the headwaters of the Missouri River. The members of that expedition reads like a Who’s Who in the frontier hall of fame including Jim Bridger, Dave Jackson, Jed Smith, Tom Fitzpatrick, Hugh Glass, Jim Kirker, “Frenchy” Sublette and Jim Clyman. It was a young bunch of adventurers, most were in their early 20s at the time. 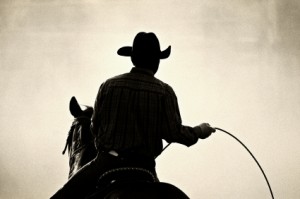 Two years later Leroux was trapping in the Gila water­shed of Arizona and New Mexico. By the time the Americans took over the region after the Mexican War ended in 1848, Leroux was considered the most experienced, competent and celebrated scout in New Mexico. One of his assistants on many expeditions during the interim years between 1830 and 1848 was Kit Carson.

Antoine Leroux’s achievements in the opening of the Southwest is impressive. In 1846 he was a guide for the Mormon Battalion on their historic road-building trek from Santa Fe to California. In 1851, he led the first of several expeditions by the Army Corps of Topographical Engineers charged with locating proposed railroad routes. Of the four proposed routes (and all are still used today) Leroux was a guide on three, including the 32nd, 35th, and 38th Parallels. During the 1851 expedition, under the leadership of Captain Lorenzo Sitgreaves, Leroux walked into an ambush near the Big Sandy River and took three arrow wounds from Yavapai warriors. It was said the humiliation of getting ambushed hurt the tough veteran of frontier warfare more than the painful Yavapai arrows.

After guiding the Sitgreaves reconnaissance party to San Diego, Leroux was hired to lead U.S. Boundary Commis­sioner John R. Bartlett and Lieutenant Amiel Whipple east­ward across the desert to Yuma thence along the Gila River and across New Mexico to El Paso.

In early 1853, Leroux was hired by Captain John W. Gunnison to guide his ill-fated surveying expedition across central Colorado along the 38th Parallel. Since Leroux had a prior commitment to guide Lieutenant Whipple across North­ern Arizona, he had to leave Gunnison in Utah. Later Gunnison was murdered by Ute Indians. Most believed the experienced Leroux could have avoided the massacre had he been present.

The Whipple party mapped a railroad route along the 35th Parallel spending Christmas camped at the foot of the San Francisco Peaks. A festive party was held that Christmas Eve. The old scout’s only recorded comment that night was, “What a splendid opportunity it would be for the Indians to surprise us tonight!”

Perhaps the most intriguing part of the Antoine Leroux story goes back some 50 years before his birth. Strangely, and ironically, it began in New Mexico where he later gained his reputation.

About 1750, a Comanche chief, named Onacama, visited Taos during a trade fair and was smitten by the beautiful four-year-old granddaughter of Don Pablo Villapando, the biggest ranchero in the valley. Onacama wanted to purchase the little girl and raise her to become one of his wives. But Don Pablo saw an opportunity to protect his ranch from frequent Comanche raids and he struck a secret bargain. “If the Comanche will cease raiding my ranch, I will let you take her for a wife when she is old enough,” he told the chief.

The Comanche chief stuck by his agreement for ten years. Each year the youngster grew more beautiful. Finally, in 1760, Onacama demanded the 14-year-old girl, saying she was ready for marriage.

Fearing for his granddaughter’s safety, Don Pablo took her and fled. Enraged, the chief gathered his warriors and began one of the bloodiest massacres in New Mexico history. Onacama’s warriors hit Don Pablo’s ranch and killed all the men and any women who took up arms including the patron’s wife Anna Maria. During the attack she bravely grabbed a lance and charged a party of warriors and was beaten to death. Among the 56 women and children taken prisoner was 34-year-old Maria Rosalia, the little girl’s mother. Later, she was sold to the Pawnees where she met and fell in love with a French trader named Jean Baptiste Lalote. He took her to St. Louis where they were married and raised two daughters. One, Helene, married a French mer­chant named William Leroux. They had four children, the youngest, born about 1801 was named Antoine.

So Antoine’s return to Santa Fe in 1824 completed the circle of a tragic incident involving his ancestors many years earlier.