Arizona’s “Hollywood” Trivia: Can You Pass?

Test your knowledge of Arizona’s “Hollywood” scene below, originally published in Marshall Trimble’s Official Arizona Trivia. Don’t scroll down too quickly. The answers are posted shortly below the questions. When you’re finished, leave a comment with your score. Good luck! We have much more Hollywood trivia, so let us know if you enjoy it!

2.  The stage driver in “Stagecoach” was played by this Arizona native. 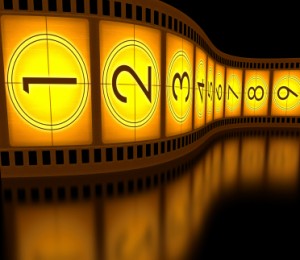 3.  Although the setting for John Ford’s 1946 film, “My Darling Clementine,” was Tombstone, where was the movie actually filmed?

6.  Which role did young Glenn Ford play in “Lust For Gold”?

8.  Which classic old Arizona hotel was the San Antonio theater setting for the 1971 Paul Newman film, “The Life and Times of Judge Roy Bean”?

9.  Sterling Hayden and Joan Crawford filmed this 1954 western in Sedona.

10.  William Holden and Jean Arthur starred in the first movie filmed at Old Tucson. What was it?

11.  Shirley Jones and Gordon MacRae starred in this movie version of a Broadway classic in 1954, filmed near Patagonia.

12.  Which famous stuntman was killed in 1986 at the Vermillion Cliffs while filming, “Million Dollar Indus­try”?

13.  Name the movie actress who was actually kidnapped by a Native American who wanted to ride off into the sunset (and marry her) while she was in Flagstaff making a movie called appropriately enough, “Wilderness Trail”, with Tom Mix.

15.  Which venerable Arizona landmark was “blown up” in “McKenna’s Gold”?

5.  The Lost Dutchman Mine

13.  Coleen Moore. (She was able to escape her would-be suitor after a wild ride in the wil­derness.)