Arizona Trivia Sampler 3: Can You Pass? 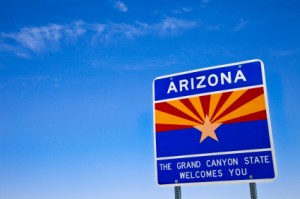 Test your knowledge of Arizona with this quick sampler, originally published in Marshall Trimble’s Official Arizona Trivia. Don’t scroll down too quickly. The answers are posted shortly below the questions. When you’re finished, leave a comment with your score. Good luck!