The Story of Arizona’s First Newspaper: The “Arizonian” 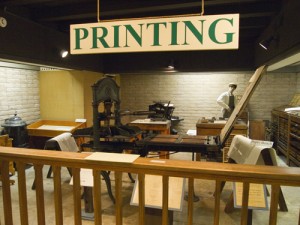 At the time, Tubac was among the territory’s more active presidios with 400 residents. The Gadsden Purchase had just been ratified five years earlier, in 1854, and settlers from around the United States were moving into this newly acquired strip of land from Mexico, many on the hunt for gold.

The Arizonian was launched in 1859 to promote the region’s resources, attract miners and secure a separate government for Arizona. The Santa Rita Mining Company made the publication a reality, shipping the printing press from Ohio. It traveled down the Mississippi River, across the Gulf to Panama, through the Sea of Cortez to the Guaymas, and then it finished the trip by ox-cart to Tubac. 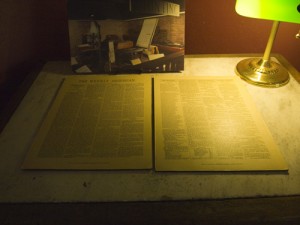 The first issue carried this message:

“We commence today the publication of a weekly newspaper under the above Title, devoted to the interests of Arizona and the development of its resources.”

The newspaper’s stay in Tubac was rather short. The four-page publication was sold and moved to Tucson a few months later – another bustling presidio at the time. It experienced a rather rocky existence during the Civil War and eventually ceased publication in 1871.

The original editor, Edward E. Cross, aka “The Fighting Editor,” received his Civil War commission as a Colonel in the New Hampshire Infantry following the paper’s sale. He was wounded eight times and killed at Gettysburg. 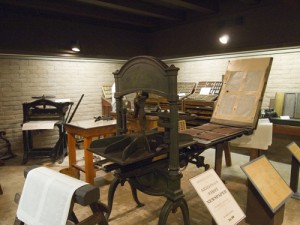 The park is located at One Burruel Street in Tubac. It’s open seven days a week from 9 a.m. to 5 p.m.