In the long run, Billy Stiles fared much better as a criminal than as a lawman. He escaped death many times while running from the law, but died while trying to enforce it. Stiles was born in 1871 and grew up near Casa Grande. He served twice as an Arizona deputy sheriff, but spent much of his early days as a train robber, bank robber and killer. 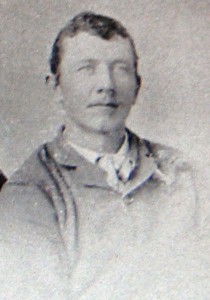 He teamed with Cochise County Sheriff Burt Alvord in a train-robbing scheme, was arrested several times, broke out of jail several times, fled to Mexico several times and eventually left the country. But he came back in the late 1800s, and that was his downfall.

While acting as a lawman in Nevada, he was shot and killed while trying to serve a warrant in 1908. Since he was using William Larkin (his middle name) at the time, there was some confusion about who he really was at the coroner’s inquest. A woman claiming to be his sister-in-law finally appeared and said the dead man was definitely Billy Stiles.

Later, the woman was identified as his wife, who had left Stiles several years before. There was never reason given for the deception.