Celebrating the Centennial (sort of) with a Message, Compilation from Clay Thompson 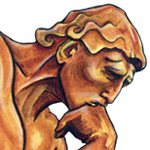 I have been asked to file something new for this website about the centennial of Arizona’s statehood. I’m finding this difficult, because it seems to me to be sort of an artificial landmark.

Don’t get  me wrong. Even though I have lived here for a long time, and  am not a true native Arizonan, I am nonetheless happy to be here.

But I’m not quite sure about this  100-year thing. The day after the centennial are we going to be any wiser about our state’s future? Any dumber? Will our state be any more beautiful or not? Will we still be enriched or be diminished  newcomers or snowbirds of whatever  stripe?

Beats me, but it  should be interesting to see how things turn out.

Celebrating the Centennial (sort of) with a Message from Clay Thompson