Walk in the Path of Ancient Hohokam at Sears-Kay Ruin 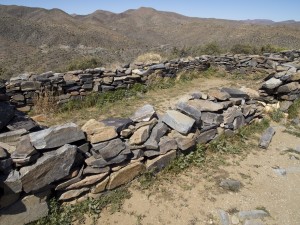 Sears-Kay Ruins were inhabited by the ancient Hohokam between 1050 and 1200 AD. Photo Credit: Kevin Korycanek

Just east of Carefree, the Sears-Kay Ruin offers a peek into the lifestyles of ancient Hohokam Indians, ancestors of today’s Pima Indians and the Valley’s first residents.

A 1-mile loop trail guides visitors along a series of 40 rooms in four different compounds. They were believed to be inhabited by about 100 people between 1050 and 1200 AD. The foundations of the rooms are still visible, lined with shallow but sturdy rock walls.

Signs are posted along the trail explaining how the rooms were likely used, as well as construction techniques. The rooms in the upper compound were reportedly constructed with full masonry walls, while the rooms in the lower compounds were built using a combination of stone, wood and adobe. Amazingly, little to no mortar was used to hold the stones together. Renderings show images of what the rooms could have looked like 900 years ago. You’ll see roofs crafted from juniper trees, central fire pits and stone doorways, among other features.

The Sears-Kay Ruin is listed on the National Registrar of Historic Places. It was named after J.M. Sears who founded the nearby Sears-Kay Ranch in 1887. 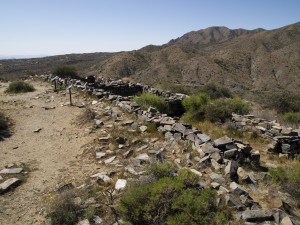