Caving at the Coronado National Memorial 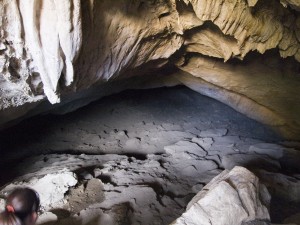 CORONADO NATIONAL MEMORIAL – The Coronado Cave at the Coronado National Memorial takes you deep inside a majestic wonderland of limestone formations, which began to take shape some 300 million years ago when Arizona was covered by a shallow sea. It’s believed as much as 50,000 gallons of water once flowed through this cave per minute, from east to west.

Today, you can explore this unique network of rock formations. Geologists call them stalactites, stalagmites, flowstones and helictites. The rest of us have concocted much more common terms to reference certain landmarks, like the “dragon” or the “face.” 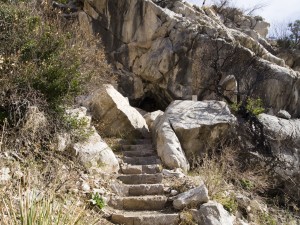 The cave is fairly easy to access. The Cave Trail parking lot is located about a quarter mile from the Coronado National Memorial Visitor Center. A moderate, half-mile jaunt will get you to the cave entrance. Charred remnants of the 2011 Monument Fire are still visible along the trail. 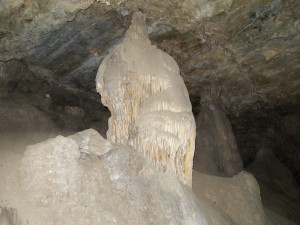 The cave is about 600 feet long and 70 feet wide. Numerous passageways and crawl spaces ultimately take you to a large room with 20-foot ceilings. A good flashlight is essential. You won’t get more than a few feet without one.

Legends claim the Apaches hid in the cave while being pursued by the U.S. Army. Other cave nicknames include Montezuma’s Treasure Vault and Geronimo’s Cave.

About the Coronado National Memorial

The Coronado National Memorial is situated just a mile north of the US-Mexican border, about five miles west of Bisbee. This region of  the Huachuca Mountains commemorates the first major expedition of Europeans into the American Southwest. It was led by Francisco Vasquez de Coronado in 1540, who was in search of the Seven Cities of Gold. 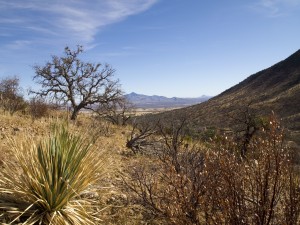 President Harry Truman established the Coronado National Memorial 1952 after the US and Mexico failed to form a joint, international memorial to celebrate the 400th anniversary of Coronado’s expedition.