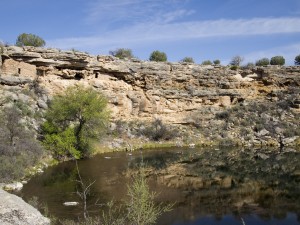 VERDE VALLEY – Montezuma’s Well is a lesser known part of the Montezuma Castle National Monument, 11 miles north of the uber-popular Montezuma’s Castle. Upon arrival, it’s easy to see why the natural limestone sinkhole is sacred to Native American cultures. It seemingly appears out of nowhere – a massive well in the middle of the Upper Sonoran Desert. It even boasts a unique eco-system with organisms that’s aren’t found elsewhere in the world.

No one really knows the source of the well. It’s 368 feet across and 55 feet deep. Water enters from two underground springs, with more than 1.5 million gallons of water flowing into the well daily. 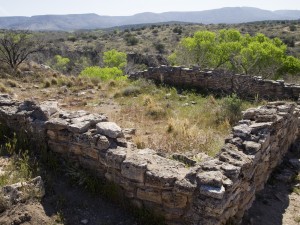 The temperature of the well water remains fairly constant throughout the year at about 74 degrees, yet you won’t want to swim in it! It’s packed with leeches, water scorpions and other creepy crawlers. One thing you won’t find are any fish. They can’t survive in the water due to high levels of arsenic and concentrations of dissolved carbon dioxide that’s nearly 600 times higher than other natural aquatic environments.

A short trail will guide you to the bank of the well where you’ll find a spring that empties into a 1,000-year-old irrigation ditch, and ultimately Beaver Creek. The path will also take you behind the well, alongside the irrigation ditch which is situated beneath giant Arizona Sycamore trees. 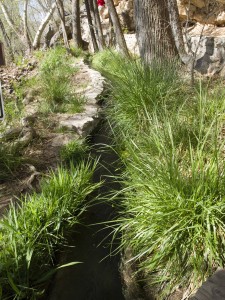 Make it a day trip: Check out nearby Montezuma’s Castle and Tuzigoot National Monument.