Featured Artist: Dog of the Moon

Once a month, Arizona Oddities features a Q&A with a talented Arizona artist who is influenced by our state’s people, places and history. This month, musician Dog of the Moon shares his inspiration, thoughts on loneliness and love for the Arizona music scene. 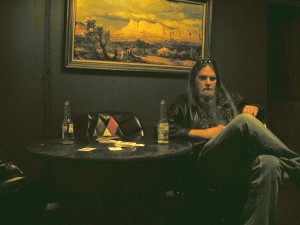 Featured Artist: Dog of the Moon 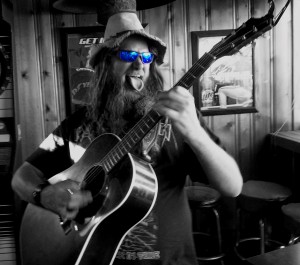 How did you get started as a musician?

I started guitar lessons when I was 12 years old, but quit the lessons and dropped out of high school when I was 16, which is when I began writing songs and recording them onto an old 4-track cassette recorder. This is where my skills as a songwriter really blossomed, and I eventually returned to high school to finish up classes and receive my diploma.

Where do you find inspiration?

Besides the extreme battles I’ve had with alcoholism, a lot of my work revolves around the common sense of isolation that many people experience in these modern times. Technology has provided us with a lot more forms of communication, but if you take a good look around, you’ll notice that under the surface we are more separated than ever before. Everybody is paying more attention to their cell phones than to the world around them. This feeling of isolation can be found throughout my music, and I think of it as a universal theme that many people can connect with. It is the feeling that drives humans to look for something deeper, such as that which can be found in spiritual truths and meditation. 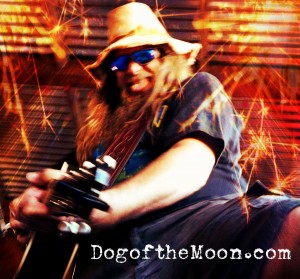 How does living in Arizona influence your music?

I grew up in North Scottsdale before it became the shopping mall that it is today. At the time, most of the land around me was being used as a reservation for the Indians. Watching the desert slowly transform into restaurants and subdivisions had a huge impact on my young psyche, as well as the fact that I never saw any neighbors around because they wanted to stay hidden in their comfortable, air-conditioned boxes. At the time, it was not a community, but a ghost town. Loneliness was a common feeling for me growing up, but as lonesome as the desert could seem, there was also an air of profound mystery that could get quite intense once I opened myself up to its powers. This is where I found the other side of loneliness, which I have come to know as a magical and everlasting solitude.

Beyond all of that, Arizona is one of the most beautiful landscapes in the world. From my backyard in the hills of Jerome, you can see the wondrous red rocks of Sedona, as well as the majestic cliffs of the Oak Creek and Sycamore Canyons. I recently moved into a real ghost town at the Gold King Mine just outside of Jerome, and I’m sure that the spirits I reside with will influence some of my future compositions.

The Spirit Room in Jerome, AZ. I love the sound of the place, and it’s the only saloon that has ever inspired me to write a song about it…

Hans Olson. A true legend in this state, and in my opinion, very under-appreciated. If you ever get the chance to see him perform, I highly recommend going.

Dana Armstrong. A disc jockey from Phoenix who spins old school country records and runs a weekly event called Valley Fever at the Yucca Tap Room in Tempe, AZ. Valley Fever is dedicated to the best country music that Arizona has to offer. There is really a lot of talented musicians in Arizona that have never been heard and are more than worthy of people’s attention. Please keep the old tradition alive and go out and support Arizona music!!!