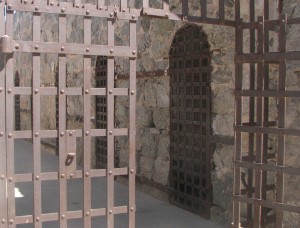 YUMA — The Yuma Territorial Prison was a key player in the drama of the Old West. For 33 years, it served as a place of incarceration, and some of those who stayed within its walls were indeed desperate men and women with few redeeming qualities. But the prison was closed in 1909 and the inmates were moved to the new facility in Florence.

In 1910, the local school district needed space for a high school so they used the old lockup without making any major architectural changes. That relationship lasted until 1914, but the era is well-preserved because Yuma High School’s athletic teams are still nicknamed the Criminals.

The “Crims,” as they’re often called, are now housed in their own high school and the prison is now the Yuma Territorial Prison State Park.