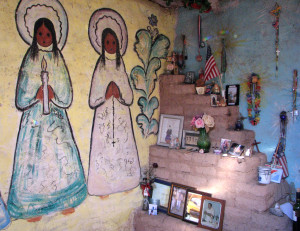 Before his death in 1982, Ettore “Ted” DeGrazia was one of Arizona’s most prolific artists. He was an impressionist, western pop painter, sculptor and lithographer best known for his pastels of wide-eyed Native American children. His work sold for thousands of dollars and appeared on UNICEF holiday greeting cards. But in 1976, DeGrazia became involved in a dispute with the Internal Revenue Service over inheritance taxes.

He became so upset that he gathered up 100 of his paintings, loaded them onto packhorses, and rode deep into the Superstition Mountains east of Phoenix. Once at the selected spot, he started a fire and burned an estimated $1.3 million worth of his art.

It was a noble and well-publicized effort, but no tax laws were changed as a result.