Culture
Home›Culture›Anthony Blum: The Man Who Conned a Priest

Anthony Blum: The Man Who Conned a Priest

Have you heard the one about how Anthony Blum’s deathbed confession kept him out of jail?

It happened more than a century ago. In 1910, Blum was on trial in Connecticut, accused of bilking Father Arthur DeBruycker of $5,000 in a scheme involving a fake mining claim in Gleeson, Arizona Territory. 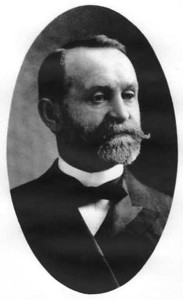 During the trial, the priest testified that there was no mine and that he had been defrauded. Although Blum had used a series of tactics to delay the trial, he eventually was called on to give his version under oath.

But as he sat in the witness stand, Blum collapsed. His personal physician was called and solemnly declared that there was no hope. Blum was a goner. As he lay allegedly dying, Blum declared he was a Catholic and requested a priest so he could make a last confession. The only clergyman available on such short notice was the plaintiff, Father DeBruycker. He dutifully heard the confession, which placed him under the seal of the confessional, which meant he could never reveal what Blum had told him.

And suddenly, there was a miracle. Blum recovered almost immediately and was sent home. The trial was put on hold for more than a year, then the case was dismissed because the priest could not testify against Blum due to the confessional regulation. He never got his money back. Even worse, he was severely chastised by his superiors for making such a bad investment. And Blum went free.