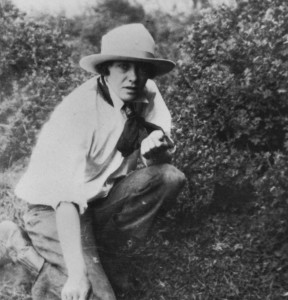 Up in the high desert around Winslow, there’s still talk of Cecil Cresswell. Despite the name, Cecil was a woman and also Arizona’s first (and probably only) female rustler. She didn’t take a lot of cattle, just enough to tide her over while she scraped out a living in the unforgiving desert. Originally a sweet young lady from South Dakota, she drifted into Arizona and worked as a Harvey Girl, a fancy waitress in a fancy hotel.

But life smacked her around. By 1924, she was divorced once (or maybe twice) and widowed once.

She didn’t have much success trying to make ends meet by running her late husband’s 160-acre homestead, and by 1940 she quit being a woman and began wearing men’s clothing and changed her first name from Olive to Cecil. In 1949, she was arrested for shooting at John Thompson, a neighbor with whom she had a longstanding feud. Later, she needed a bull so she stole one, took a bottle of henna hair dye and altered its appearance, then illegally acquired a few female cows to get her herd started.

But on March 5, 1954, two lawmen went to her tiny spread with a warrant for her arrest on a rustling charge. Rather than surrender, she went inside her house and killed herself. The story then took another ironic twist. In her will, she left all her belongings to an attorney who had befriended her. He found an estranged sister living in Utah. She drove to Winslow and accepted the deed, then immediately sold the ranch to John Thompson, her sister’s bitter enemy.