Way back in the 1920s and 1930s, getting involved with Gabrielle Darley was similar to receiving a death sentence because five important men in her life died, and all under suspicious circumstances. Gabrielle ran a brothel in Prescott and did so well that she became one of the town’s leading (and notorious) citizens. Then she married Ernest Presti, who gambled away much of her money. He was shot and killed over a $20 gambling debt. Rumors around town hinted that Gabrielle may have ordered the shooting, but she was never charged. 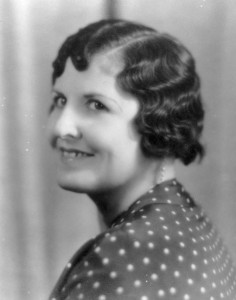 Next, she took up with Leonard Topp, but he ran off with one of her working girls and, worse yet, a big chunk of her money. She traced him to Los Angeles, went there, and shot and killed him. She was charged and tried, but a jury refused to convict her. One reporter covering the trial noted that with men like Topp,  “homicide is not only justifiable, but obligatory.” She returned to Prescott, went back to work and married Bernard Melvin. But her new husband also had sticky fingers. He stole some of Gabrielle’s money and fled to Los Angeles. She followed him, had him arrested, and testified against him. Melvin was sentenced to prison time and after his release, he returned to Prescott where he was so badly beaten during a robbery that he died of his injuries. But Gabrielle wasn’t done marching down the aisle. The results, however, were similar. Her next husband, Everett Fretz, went insane and died in an asylum. The symptoms resembled poison, but again, Gabrielle was never charged.

Husband Number Four (and victim Number Five) was George Wiley. And history, in a sense, repeated itself. Wiley got into a dispute with one of his wife’s employees and during the ensuing argument, she fell and hit her head on a water cooler. She died two weeks later and Wiley was charged with murder. But he never went to trial because one night he drank a glass of milk filled with rat poison. There were rumors, but no charges.