The Legend of Big Nose Kate 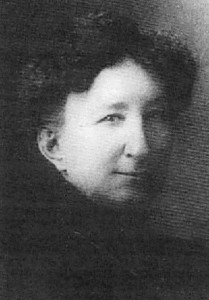 “Big Nose Kate” was a colorful character who lived in both Tombstone and Prescott.

It’s probably because she was more commonly known as Big Nose Kate, the one time consort of Doc Holliday.

A native of Hungary, she moved with her family to Mexico but when her parents died she was placed in a foster home, ran away, stowed away on a river boat, got married, bore a child, became a widow and allegedly found work as a “lady of the evening,” all before she met Holliday. Once the two hooked up, however, she became a valuable ally. She once saved him from near-certain death by setting fire to a building so she could rescue him from a lynch mob determined to hang him after he killed a local man in a gambling dispute.

They parted ways in Colorado, then reunited in Prescott.

Afterwards, she moved to Globe and ran a boarding house that many said was a brothel, and Holliday moved to Tombstone and became involved in the Shootout at the OK Corral. In her later years, Kate claimed she treated Holliday’s wounds after the gunfight, but historians doubt the story because she was 89 years old at the time. She eventually died at age 90 in the Arizona Pioneers Home in Prescott, where she was buried.