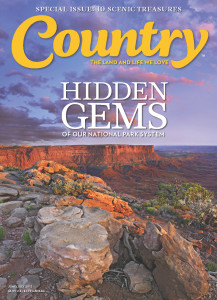 Arizona’s natural, diverse landscape has garnered international acclaims and attention, yet many scenic parks continue to fly under the mainstream radar. One such spot – the Organ Pipe Cactus National Monument near Ajo and Why – is getting a much-deserved shout out by Country.

The magazine’s 2013 June/July issue is showcasing the Top 10 Hidden Gems of Our National Park System, and Organ Pipe has been declared one of the most breathtaking, off-the-beaten-path parks in America.

“First off, the park hosts the outlandish organ pipe cacti, which can grow 100 arms and live for a century,” said Country Senior Editor John Burlingham. “This and other unique features were brought to light by three of our favorite scenic photographers 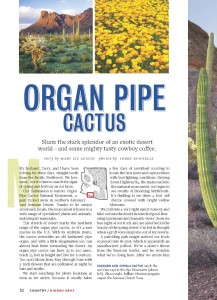 and led us to consider this isolated national monument. Their stunning pictures of exotic cacti, spring wildflowers and red-tinged mountain ranges, along with tales of bighorn sheep, javelina, coyotes and roadrunners, were enough to put Organ Pipe in our Top 10 Hidden Gems.”

President Franklin D. Roosevelt created Organ Pipe Cactus National Monument in 1937  in an effort to preserve a representative area of the Sonoran Desert. The region, once utilized as a Hohokam trade route and inhabited by the Tohono O’Odham, attracted miners in the 19th century and ranchers in the 20th century. 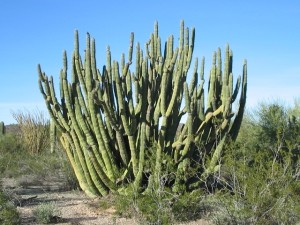 The Monument is named after the organ pipe cactus. It is common in Mexico, but relatively rare in the United States. Courtesy of the National Park Service.

This hidden gem ranks 195th in attendance of some 400 areas nationwide administered by the National Park Service.