Wallace and Ladmo, Gone but Not Forgotten

Q: My husband and I moved here almost a year ago. We were at a dinner not long ago with three other couples and everyone except us was talking about Wallace and Ladmo? Who are they?

A: Alas, dear lady, it is not who they are, it is who they were. And, alas again, you may live here the rest of your life, you may wear bola ties and turquoise jewelry and string Christmas lights on a cactus and be elected governor and then get indicted, but you will never be a true resident of the Valley if you did not grow up, in some way, with Wallace and Ladmo.

On the other hand, any Valley child of that era could today walk into a room full of strangers anywhere in the world and say, “Ho, ho, ha, ha, hee, hee, ho, ho,” and if there is another Valley expatriate present, he will have found a friend in a faraway place.

Wallace and Ladmo, in its simplest definition, was a children’s show that ran on Channel 5 (KPHO), then an independent station, from 1954 to 1989. It started in an era when almost every station had its own weekday kids program — any Duane and Floppy alums out there? — and featured a live studio audience, skits and cartoons.

The show starred Bill Thompson as Wallace and the late Ladimir Kwiatkowski as Ladmo. Over the years it featured a number of other performers, most notably Pat McMahon, of KTAR fame, who starred as Captain Super, Aunt Maud, that rotten little kid Gerald and other characters.

But calling Wallace and Ladmo a children’s show is a bit like calling pâté de foie gras a nice dip. It was a children’s show that sported an attitude. A sponsor’s ice cream was once described on air by our heroes as “Good. Not great, but good.” Sponsors clamored to buy airtime in hopes of being so abused.

“Aside from dispensing cartoons and candy, the Wallace and Ladmo troupe was expert at gentle social satire. While adept at broad comedy, the key players had a wicked eye for detail,” Walker said. “Decades later, I finally understood why my parents were laughing, too. The show lampooned little old ladies as the Valley desperately attempted to attract retirees, superheroes at the same time Batman played in prime time, and teen-dream pop groups while pop groups ruled the world.”

“Wallace was way ahead of his time. His show had a parody of a rock band called Hub Kapp and the Wheels 30 years before Spinal Tap. He had on a clown who hated kids 20 years before David Letterman had Flunky the Late Night Clown. 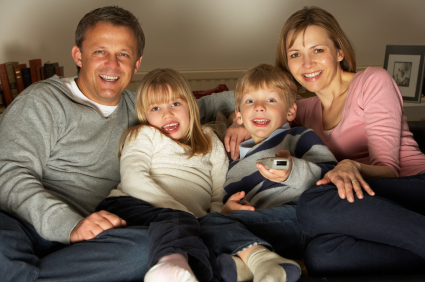 “When people from other cities ask me about Wallace and Ladmo, I try to tell them it was like Captain Kangaroo or Bozo the Clown, only it was funny. Really funny. So funny you didn’t stop watching it after you became a teenager.”

A staple of the television show and of the live appearances by Wallace, Ladmo and Gerald was the Ladmo bag—a small paper bag stuffed with the sponsors’ goodies and handed out to a few lucky children in the audience. There are among us today grown men and women, responsible and sober people of great accomplishments, who
will tell you without hesitation that winning a Ladmo bag was one of the happiest moments of their lives, if not the happiest.

(We personally have a personal daughter who once was personally handed a Ladmo bag by Ladmo himself while Gerald—oooo, he was a rotten kid—loudly suggested that she keep it out of the reach of her big fat father.)

When the show ended in 1989 with Thompson’s retirement, the Valley was thunderstruck. This is not an exaggeration. When Kwiatkowski died at age 65 in 1994, the Valley mourned. Thompson — who by the way is no relation, but we but we wish he were—still lives here.