Rotten Row: A Glimpse into the Lives of Boom Town Lawyers

Soon after a prospector’s pick struck pay dirt in some remote, rocky crag, a town was sure to spring up nearby. A host of new arrivals would be on hand to help separate some poor sucker from his poke sack. A gamut of frontier society was well-represented. Among the first to arrive were the whiskey peddlers, gamblers, soiled doves and land speculators, with all their virtues and vices. If the boisterous boom camp had any staying power, that is, if the ore deposit was sufficiently large enough to last a few years, merchants, hard-rock pick and shovel men and their families, preachers and teachers arrived to make up the next wave of new residents.

Quite naturally, it was only a matter of time before disputes over boundaries of mining claims and real estate properties required the presence of the much-maligned frontier lawyer. Litigation became the single most lucrative, money making scheme among this frontier society dedicated to the principles of getting rich without working.

Lawyers weren’t always welcomed in these raw boom camps. Locals figured they’d managed reasonably well before their ar­rival: “We didn’t need laws,” someone said, “until the lawyers got here.”

Still, someone had to settle these complex disputes over claims and someone had to represent the poor, defenseless tin horn gamblers, con men, cow thieves, stage robbers and murder­ers. And someone had to represent the decent people, too. Like any other profession, the lawyers who came to territorial Arizona represented the best and worst when it came to ethics and morals. Many were well-educated scions from established Eastern fami­lies, but had become a source of embarrassment and were “exiled” to practice in the raw Western towns, while others came in search of adventure. Some of the most eminent legal minds in the territory were also some of the most colorful characters to ever make the Arizona scene.

Since Tombstone was the granddaddy of all silver strikes in the early 1880s, it became a favorite gathering place for lawyers hoping to cash in on the wealth and perhaps launch a political career.

The lawyers’ offices occupied a row of low-slung adobe buildings along 4th Street, between Tough Nut and Allen Street, bounded on the north side by Allen Street, Tombstone’s notori­ous, bibulous Babylon. The county court house was a block west on Tough Nut, so they were conveniently situated midway between. Residents dubbed the area inhabited by the lawyers “Rotten Row.” Local punsters noted that very few of Tombstone’s astute attorneys could “pass the bar” without stopping in to belly up. Back in 1942, Dr. C. L. Sonnichsen, dean of Southwest writers, penned an Arizona classic called Bitty King’s Tombstone: The Private Life of an Arizona Boom Town. The book is a rich treasure trove of stories about some of Tombstone’s characters who didn’t receive the notoriety of Wyatt Earp, Johnny Ringo, Curly Bill and friends. Among these were lawyers such as Mark Smith, Ben Goodrich, William C. Staehle and Allen English. 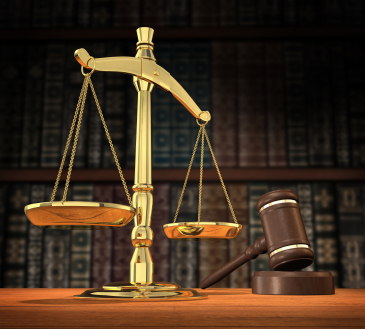 Foremost among the attorneys who hung their shingles out on Rotten Row in the 1880s was the distinguished Marcus Aurelius Smith. He was tall, handsome and colorful and a consummate politician, imbiber, gambler and “good ol’ boy.” Mark, as he was known to his many friends and constituents, fit in quite well with Tombstone’s society. His imposing, gregarious figure was a permanent fixture in the bars and casinos on Allen Street. He made friends easily and was a formidable attorney for the defense. His greatest flaw was an addiction to the game of chance. Mark loved to gamble and he didn’t seem to mind the odds. One time, some of his friends tried to drag him away from a rigged game at the Pony Saloon: “You haven’t got a chance to win,” they warned.

“What of it,” he replied with grim determination, “it’s the only game in town, ain’t it?” When Smith left Tombstone for bigger political stakes, he penned his own appropriate epitaph: “Here lies a good man—a lover of fast horses, pretty women and good whiskey.” One can see why his departure saddened Tombstone’s sporting crowd. He was the territory’s perennial delegate to Washington for sixteen years and then served an additional eight years as U.S. Senator when Arizona became a state in 1912.

If Mark Smith epitomized the hard drinkers and high rollers of his profession, his counterpart was his own partner, Ben Goodrich. Goodrich was regarded as a bit eccentric. He didn’t drink, smoke, hang out in the red light district or play games of chance. Stranger yet, without all those vices, one would suspect Ben would have some virtuous propensity, such as going to church, but he didn’t do that either. But, Tombstonians were a pretty tolerant bunch in those days and accepted Goodrich despite his peculiarities

Perhaps the strangest member of the society of Rotten Row was William C. Staehle. Staehle was a cultured connoisseur of classical music—he was an accomplished violinist—who proudly boasted his Germanic heritage referring to himself as the “Ger­man Warrior.” He was strongly addicted to the liquid refreshment dispensed on Allen Street, so much that locals insisted his middle initial stood for corkscrew. For a time he was married to a fickle lady named Gussie, but she ran off with somebody else, leaving Corkscrew Staehle to seek solace in redeye and violin music.

Staehle’s jingoistic Teutonic pride increased with each down­ing of a shot glass. He boasted of Germany’s superiority in everything from culture and music to military might. Occasion­ally he went too far and felt compelled to prove his own pugilistic abilities against some of the barflies on Allen Street. One night he tried to pick a fight but couldn’t find any takers. Finally, he was escorted to the door by the saloon keeper and given a gentle kick in the seat of the pants. The German Warrior resented this affront to his dignity, complaining to anyone who’d listen that he didn’t mind being kicked in the seat of the pants, “but the dirty son-of-a-gun kicked me with a pair of dollar-and-a-half shoes.”

Another time, he invited himself to a brawl between some soldiers from Fort Huachuca in an alley behind the Crystal Palace.

“Count me in,” the German Warrior said, raising his forefinger in the air. Before he could assume a pugilistic pose, a fist caught him beside the head and sent him sprawling. Just before the lights went out, he gamely pointed his forefinger skyward again and mumbled “count me out.”

Of all the attorneys to hang their shingles on the adobe wall of “Rotten Row” none was more capable or better liked than Allen R. English. He stood well over six feet, and had a sweeping mustache and a neatly-trimmed Van Dyke beard. Providence had endowed him with handsome features, including a magnificent crown of thick hair, a deep, resonant voice. He was fond of dressing in a cutaway coat and striped trousers. His stately appearance was complemented by a formidable wit and intellect. He had a great sense of humor, made friends easily and was one of the most popular personalities in Cochise County.

English was born into an affluent Eastern family. He dis­played signs of brilliance early, on receiving a law degree while still in his teens. He arrived in Tombstone in 1880 at the age of twenty. Surprisingly, he didn’t go into the practice of law, but took a day job as a hard-rock miner. He made the nightly rounds of the honky tonks where he met Mark Smith. Smith took a liking to the young man and talked him into quitting the mines and coming in as a law partner. Smith groomed his young protege well, both in the practice of law and the night life on Allen Street. In time, English’s reputation both as a drinker and lawyer was well known through­out the territory.

Once the Santa Fe Railroad offered him $25,000 as a retainer on one condition—that he refrain from drinking.

“What,” he bellowed indignantly, “Give up my inalienable rights to a bloodless corporation. Hell no!” Despite those remarks, English represented many large corporations and accumulated a small fortune for his efforts. Unfortunately, his free-spending habits kept him broke most of the time.

My great-uncle, Frank Gilpin, was a peace officer in Bisbee during English’s heyday. Among the many Allen English anec­dotes he passed on to me was that Phelps Dodge kept him on a retainer, and every time a case was pending they’d lock him up in the Copper Queen Hotel and post a guard outside the door in an effort to keep him sober for the trial. Without fail, some crony would figure out a way to smuggle a bottle up to his room and English would appear before his honor “under the influence.”

Once, he appeared for a case so plastered the judge fined him twenty-five dollars for contempt of court. English, with a great display of his inimitable rapier wit, replied: “Your honor, twenty live dollars wouldn’t pay for half the contempt I have for this court.”

Although Allen English was a popular man among juries and courtroom spectators, his clever courtroom antics and florid use of the English language made him the nemesis for judge and prosecutor alike.

Some courtroom novice once remarked, “My, that Mr. English is certainly an outspoken man.” A somewhat jaded prosecutor heard the remark and corrected: “Mr. English may be out-thought, out maneuvered, out-smarted, but believe me, he is never out-spoken.”

English was in his greatest glory when performing in front of the jury box. This courtroom colossus moved with the grace of a cat, his rich, sonorous voice indignant one moment, pleading the next. He directed juries like a conductor leads a symphony. He could laugh, cry, make a sentimental appeal to motherhood and the American flag, all in the same paragraph. English punctuated his remarks with lofty quotes ranging from Greek and Latin poetry to Shakespeare, all for the benefit of a jury held spellbound by his florid oratory. And he knew how to be homespun—”got a chew Jim?” he’d say, leaning on the rail, grinning at an acquaintance on the jury.

Somewhere along the way English had developed a talent for spitting tobacco juice with all the expertise of a muleskinner. They said he could stand blindfolded and unload a brown stream, hitting a spittoon ten feet away with unerring accuracy. His favorite target was the judge’s own private cuspidor next to the bench. During heated debates his aim sometimes became capri­cious and spattered the bench. These exhibitions came to be called “English’s Great Expectorations” (with all due respect to Dickens, of course).

At times, strong liquor seemed to improve his ability to try a case. One time he was defending a gunslinger named Wily Morgen on a murder charge, at the same time nursing a painful hangover. The court recessed for lunch just before the closing arguments, so English went to his favorite watering hole for more of the “hair of the dog that bit him.” By the time court was ready to convene, he was passed out on the barroom floor. Somebody brought a wagon to the front door and English was stretched out in back and hauled to the court house, then carried up the back stairs, arriving just in time for the closing arguments. English opened his eyes, then slowly stood up, focused on the jury and went into the most masterful piece of oratory folks in those parts had ever heard. When it was over, the jury found his client innocent of all charges. Afterwards, friends and admirers who gathered around to offer congratulations found English still totally inebriated.