There was a time when sleeping in the classroom was strictly a no-no. But today, in some places, nodding off in the schoolhouse is not only acceptable, it’s encouraged. And the snoozers who once got their knuckles rapped are now welcomed with open arms and soft pillows. At least, that’s how it is in Globe and Bisbee, where two well-aged schoolhouses have been given new lives as lodging establishments. 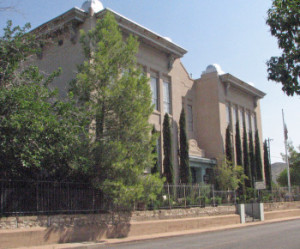 The Noftsger Hill Inn has looked down on Globe since 1907, when it began serving the community as a school. But the readin’ and writin’ and ‘rithmetic classes ended in 1981 and the building sat vacant for more than a decade before it was converted into a bed and breakfast facility. Current innkeepers Rosalie and Dom Ayala now offer six guest areas in spaces that formerly served as classrooms and the janitor’s closet. The blackboards still hang on the walls, but now they’re covered with comments from guests, many of whom once attended school there. And the coat closets that occasionally doubled as detention centers have been resurrected as bathrooms.

The wide hallways now serve as relaxation areas where guests wait for breakfast, read or just sit around and admire the architecture. 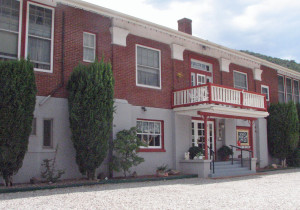 In Bisbee, the School House Inn  is located in a historic brick structure built in 1918 at the peak of the town’s mining era. It was the Garfield School then and served grades one through four in four large classrooms. But it was closed in 1935 and the classrooms were turned into apartments. Then it underwent a rebirth as a B&B in 1989, and current owners John Lambert and Paula Roth acquired it in 2006.

The inn has six rooms and three suites, all on the second floor. The decor varies, but there’s an old-fashioned sense of comfort and security in each room. The downstairs is devoted to a large sitting room and the kitchen where the owners whip up breakfast.