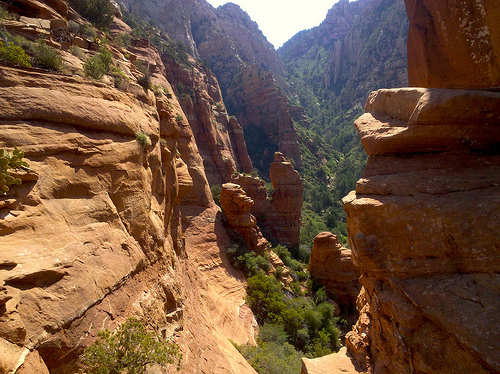 SEDONA — Many of the red rock formations that surround Sedona have earned their names by resembling such common items as a teapot, steamboat, merry-go-round and lizard head. But there’s nothing in official city history that explains Damfino Canyon.

According to local legend, however, it happened this way:

Back in the 1930s, when the Civilian Conservation Corps was mapping the area, an engineer asked one of the workers the name of a particularly treacherous canyon so he could mark it on the map. Since the canyon had never been named, the worker replied, “Damned if I know.”

The engineer, however, thought he said “Damfino,” so that’s what he wrote down. And the canyon still bears that name.