PRESCOTT — Like some of those they emulated, the Smoki People are a vanished breed. The Smokis were around for just a moment in archaeological time, tracing their existence back to 1921 up until the early 1990s. Despite that rather brief appearance, they left their mark and, equally important, they have their own museum. It’s called the Smoki Museum of American Indian Art and Culture, but the name is somewhat ironic because the Smoki People who founded it pretended to be Native Americans but they weren’t. They were all Anglos, and the name they chose was not that of an Indian tribe. 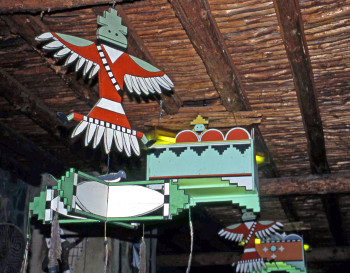 It began in 1921 when the Prescott Rodeo needed something to boost attendance. A group of local businessmen came up with the idea of staging a snake dance using live rattlesnakes and patterned after Hopi rituals. They dressed in fancy costumes and were such a hit that they saved the rodeo. Their original intent was to perform a sort of burlesque show, but later the dancers got serious, broke away from the rodeo and began researching Indian ceremonial dances that they would use in their own performances. They did make one change, however — they used bull snakes instead of rattlers.

For the next six decades, the annual Smoki performances were staged before sellout crowds. But the demise started in the 1980s when young Native Americans began protesting the dances on the grounds that they insulted their traditions. Adding to that, the crowds started getting smaller which resulted in financial shortcomings. By the early 1990s, the Smoki People were only a memory.

But the memory lives on. Using funds from the Civilian Works Administration, the Smokis used large rocks and pine logs to erect a meeting hall. Today, the building serves as the museum that houses an excellent variety of native art and related works.