How Often Does a Century Plant Bloom?

In the case of the century plant, it’s name is actually misnomer. Contrary to popular belief, a century plant does not bloom every 100 years. Part of the agave family, a century plant typically lives 10 to 30 years, flowering only once at the end of its life. Other interesting facts include: 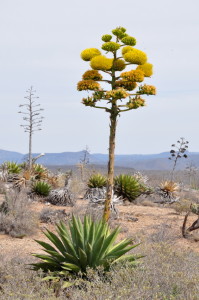