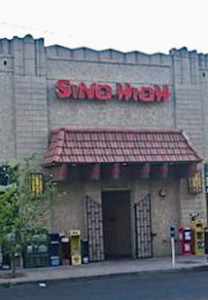 Sing High was supposed to be named Shanghai.

PHOENIX — The Sing High Chop Suey House has been in Phoenix for about 80 years, which makes it an institution. But despite its longevity, the restaurant is a bit of a mistake.

It came about this way:

In 1928, Fred Lee migrated to Phoenix from China and opened a restaurant. He wanted it to be known as The Shanghai, but Lee spoke and read very little English, thus his instructions to the sign painter he hired were probably difficult to understand. So when the painter returned with “Shanghai” spelled as “Sing High,” Lee never recognized the error.

The name stayed and so did the Lee family. Harlan Lee, Fred’s grandson, and his wife still own and operate the establishment at 27 West Madison Street in downtown Phoenix.