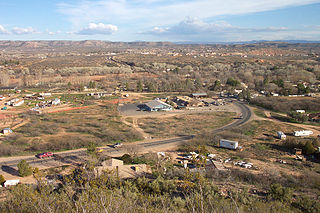 CORNVILLE — This pleasant little community in Yavapai County got its current name due to an error committed by the U.S. Post Office Department in Washington, D.C. The original name for the location was Pitchner Place and a post office was established in 1885. As a settlement formed around the site, the residents figured Pitchner Place didn’t have the proper appeal so they suggested that it be called Coaneville, for a pioneer family named Coane.

The name was submitted to the powers-that-be in Washington, but when the approval was granted, it came out as Cornville. And it’s been that way ever since.