How Nutrioso Got Its Name 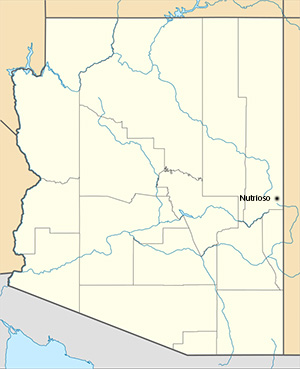 NUTRIOSO — This Apache County community, located at the south end of Dry Valley, got its name because the Spanish settlers who first arrived in the area disposed of some native wildlife. One was a beaver (“nutria” in Spanish); the other was a bear (“oso” in Spanish).

The village eventually became a safe haven for Mormon settlers seeking refuge from marauding Native Americans, who destroyed other nearby settlements. As a result, Nutrioso became an important town, complete with a fort built by residents in 1880, and a post office, acquired in 1883.