The Bear Facts About Christopher Creek 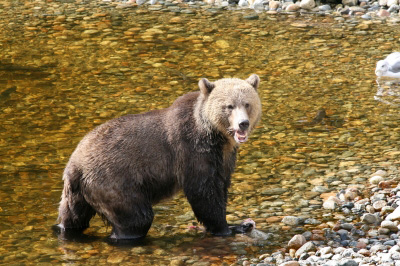 CHRISTOPHER CREEK — In the early 1880s, Isadore Christopher located his ranch near a small creek in Gila County. One day in July 1882, he killed a bear, skinned it and hung the carcass in one of the two cabins he had erected. The next day, he left his ranch (and the bear) and went back into the surrounding forest. While he was away, a band of Apaches arrived on the scene and burned down both cabins.

Shortly afterwards, an Army troop came upon the still smoldering buildings. When they found the bear carcass, so the story goes, they mistakenly assumed it was Christopher so they held a solemn burial ceremony and interred the remains on site. The soldiers then informed area residents of the incident. The neighbors were understandably surprised, therefore, when Christopher returned, alive and well. The bear’s skeleton was dug up years later.