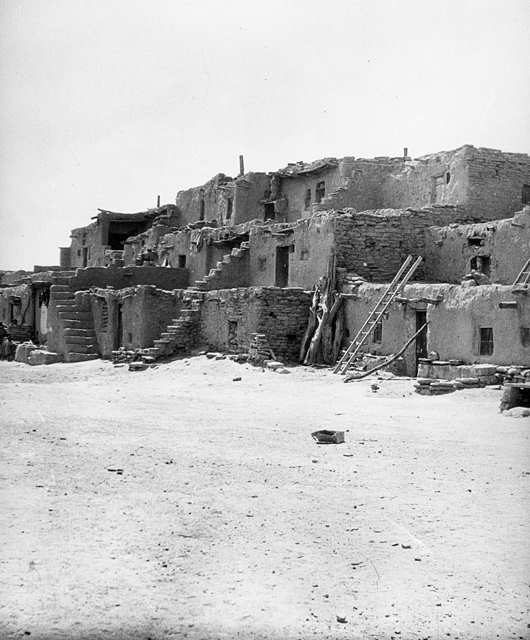 Oraibi Pueblo, circa 1899, is listed on the National Registrar of Historic Places.

ORAIBI — This small community on the Hopi Reservation vies with Acoma Pueblo in New Mexico and St. Augustine in Florida for the honor of being the oldest continuously inhabited town in the United States.

Unearthed artifacts indicate there have been people living here since about 1150 A.D.

Oraibi’s population once numbered in the thousands but smallpox, drought and the creation of new towns caused the numbers to decrease significantly. The two new towns were developed after a dissension over education for children between Oraibi’s conservative and liberal factions became extremely intense. The issue was settled by a tug-of-war. The winners got to stay in Oraibi; the losers were forced to move to the new villages of Hotevilla and Bakavi.