Doubled Up Names in Southern Arizona 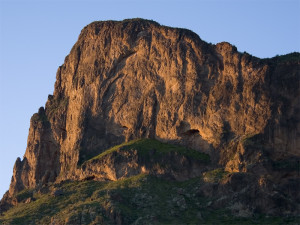 When translated from Spanish to English and back, two Arizona entities are duplicationally challenged.

Picacho Peak, located in southern Pinal County, is one of them because “picacho” is a Spanish word for “peak” or “point.” So technically, the name of the place is “Peak Peak” or “Picacho Picacho,” depending on which translation is used. Regardless, Picacho Peak was the site of the only Civil War battle fought in Arizona. On April 15, 1862, a troop of 16 Confederate cavalrymen was overtaken by a dozen Union soldiers. In the ensuing gun battle, three Union soldiers and two Confederates were killed.

In Pima County, if there has been enough rainfall, water runs in Rillito Creek. Since “rillito” is Spanish for “little river,” the name then becomes “little river creek.” There was a time when the creek (or rillito) was always filled with enough water to sustain Fort Lowell, an Army installation, on its banks. Both the fort and most of the water are gone.