Get a Whiff of This Old Arizona Party Spot 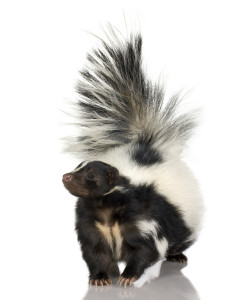 PINAL MOUNTAINS — Despite its name, Limburger Rock was, for many years, a popular gathering place in the Pinal Mountains. It received the aromatic title in 1910 during a stag party sponsored by an ice cream parlor in Globe. Attendees were charged $1 each and the price of admission got them beer, food and entertainment.

As the party progressed and the beer flowed freely, one of the revelers found a dead skunk and threw it on the table serving as both bar and food dispensary. He was immediately apprehended, brought before a kangaroo court and convicted. As punishment, he was stripped, laid on a large flat rock and smeared from head to toe with limburger cheese that had originally been intended for lunch.

The culprit was eventually able to wash the smell away, but the Limburger Rock name still floats around in the mountains, although it’s no longer in use as a place to hold stag parties.