Sierra Vista Gets Namesake from Contest

SIERRA VISTA — Back in 1954, when Sierra Vista was an unnamed community serving nearby Fort Huachuca, the residents decided to incorporate. One of the first steps was selecting a name for the proposed city, so a contest was held. Among the names submitted were Buena, Garden City and Sierra Vista, which happened to be the favorite of Nola Walker. 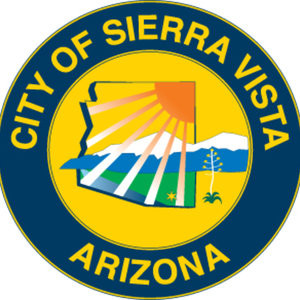 On the day when the state legislature approved the incorporation, a representative of the new city called Mrs. Walker and asked which name had been selected. Without hesitation, she replied, “It’s Sierra Vista.”

Assuming that had been the popular choice, the officials in charge dutifully accepted it.

Years later, however, Mrs. Walker revealed that she had placed all the ballots in a drawer in her home and forgot about them. And when the call came for the name, she said Sierra Vista and it stuck. “Then I took all those (ballots) and threw them in the trash,” she said. “I never even looked at them.” So even today, nobody knows for sure which name actually won the contest.

But the residents have forgiven, and even thanked, Mrs. Walker.

She was awarded a Certificate of Forgiveness and even rode on a float proclaiming her as “the Woman Who Named Sierra Vista” during the city’s 2006 anniversary celebration.