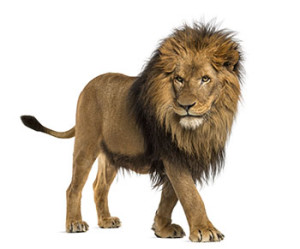 Charles Lindbergh once inadvertently caused a lion roundup in Arizona’s Mazatzal Mountains. In the summer of 1927, MGM Studios hired a stunt pilot to fly Leo, the studio’s trademark lion, on a non-stop flight from Los Angeles to New York in an effort to capitalize on the publicity surrounding Lindbergh’s successful solo Atlantic crossing. The movie-makers duplicated his plane, outfitted it with a large cage and loaded the 350-pound lion on board.

But the combined weight of the animal, cage and extra fuel was too much for the plane and it crashed near Hell’s Gate Canyon on Tonto Creek. Neither the pilot or the lion was hurt but the pilot couldn’t get Leo out of the plane to he staggered away to get help. Four days later, he stumbled into a ranch house and told his story.

In the meantime, a couple of cowboys came across the downed plane and led a search party to the site. After feeding the lion, they fashioned a sled from the door of a small shed and hauled the caged Leo into Payson, where it stayed for a few days until the studio sent a truck to take him back to Hollywood. The incident generated plenty of publicity for the studio bosses, just not the kind the had envisioned.