Before Google Earth There was the CORONA Program 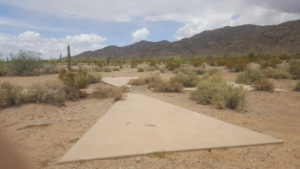 Grid that was used to calibrate the CORONA satellites near Casa Grande. Photo by Marshall Shore.

NEAR CASA GRANDE – CORONA was America’s first satellite program, developed as a safer way to gather intelligence after a U-2 aircraft was shot down and the pilot captured. This cold war era program was, at its core, a way to spy on the Soviet Union, Communist China and areas of the Middle East. CORONA used satellites to capture images and produced the first photography from space using panoramic cameras and later, stereo optics.

You might wonder why we are mentioning this once top secret program between the CIA and Air Force here at Arizona Oddities. 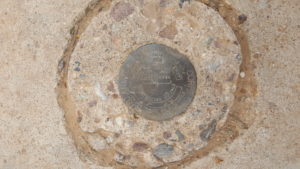 If you are looking across the landscape near Casa Grande, you may spot a few oddly placed cement crosses in the desert. These are remnants of the grid that was used to calibrate the CORONA satellites.

When the program ended in the early 70s, many of crosses were destroyed, but a handful are still viewable. Since being declassified, the images captured in the CORONA program have been used to locate and identify remnants of ancient civilizations. 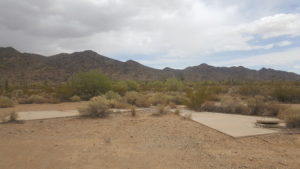 The site www.CIA.gov is a great place for further information about CORONA.