The Anthem Hitchhiker Waits for a Ride to Nowhere 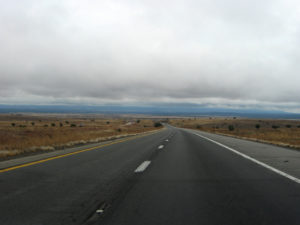 Hitchhiking may have lost its popularity in recent years, but the mysterious Anthem Hitchhiker still tries to catch a ride with drivers along I-17 north of Phoenix.

Legend has it that the hitchhiker was struck by a car and killed as he tried to hitchhike his way into Phoenix many years ago. Now, drivers traveling at night see a shadowy figure holding a lantern, waiting for a ride that will never come. Those who have stopped say they saw the figure vanish into thin air.

According to Haunted Places, the desert near Anthem is a “hotbed” of paranormal activity. In addition to the hitchhiker, people claim to have seen ghosts of Native Americans fighting.

Turns out there are quite a few urban legends about hitchhiking ghosts all over the country, including a story about a young girl who hitches rides with drivers outside Baltimore, only to mysteriously disappear from their car during the trip.

Have you experienced paranormal activity in the deserts near Phoenix?