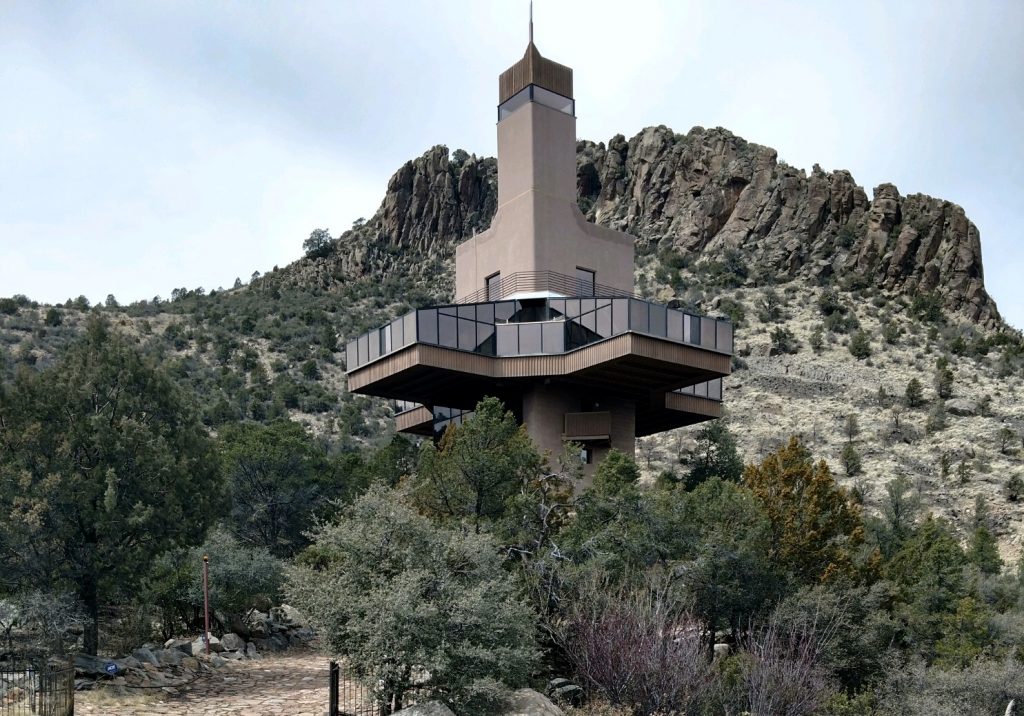 The tallest residential house in North America isn’t in some big, metropolitan center. Rather, it is found at the base of Thumb Butte in Prescott, Arizona. If the looming, 6,000-foot tall volcanic plug isn’t weird enough for you, then maybe the Falcon Nest will be.

Towering above the Prescott National Forest at 124 feet, the Falcon Nest is a postmodern conglomeration of rectangular geometry, floor-to-ceiling windows and panoramic views of northern Arizona. Boasting 10 stories and a comfortable 6,200 square footage, this is far from average — especially in Prescott.Its name pays homage to the Peregrine falcons that nest on the slopes of Thumb Butte. 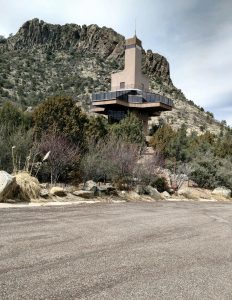 Falcon Nest was built by Phoenix-based architect Sukumar Pal in 1994. Its futuristic design certainly stands out in its rustic surroundings. Some of its notable features include a 2,000-square foot solarium at its middle, extending out above the tops of juniper and Ponderosa pine trees below. The solarium, completely enclosed in glass panels, contains two bedrooms, two baths, the kitchen, a living room and, of course, breathtaking views. From its windows on a clear day one could easily point out the San Francisco Peaks, Bill Williams mountain, and the surrounding Sierra Prieta mountain range.

Furthermore, the Falcon Nest boasts some green features like passive heating and cooling capabilities, solar technology and a hydraulic elevator that provides transport from the ground level to the sixth. What it lacks in carbon footprint, it makes up for in innovation.

Falcon Nest attracted ample attention during its construction in the early ‘90s. Not everyone was pleased with its unique appearance, and Pal had to overcome some local opposition to see his design to fruition. Prescott even adjusted its laws to allow its construction, amending its zoning restriction to a height of 35 feet from the lowest natural grade on the building’s perimeter.

Sadly, the house hasn’t aged particularly well — what might have been revolutionary in the 1990s comes off as a bit kitschy today. However, Falcon Nest still offers amazing potential and a beautiful location. The house initially went up for sale in 2015, asking for $2,800,000. With no buyers, the cost was lowered to $1,500,000 in 2018. It eventually sold to an astrologer-artist duo on March 29, 2018.