Who Was Journalist Don Bolles? 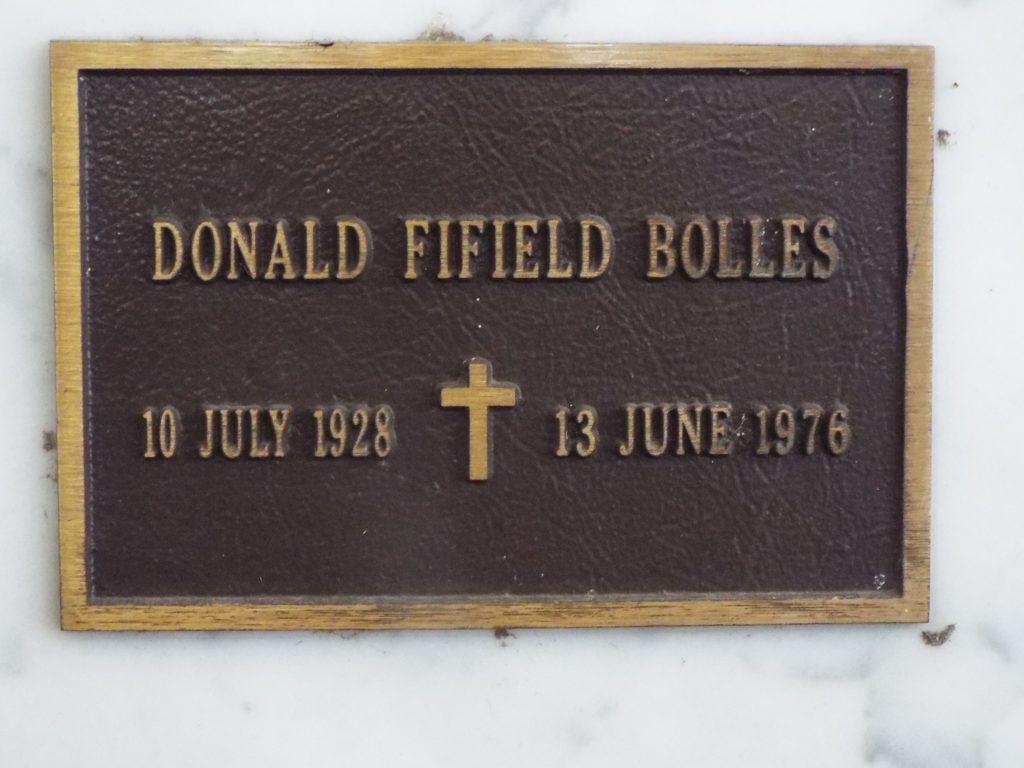 On the morning of June 2, 1976, Don Bolles, a reporter for the Arizona Republic, wrote out a brief note on his typewriter.

“John Adamson. Lobby at 11:15. Clarendon House. 4th + Clarendon,” the note said. Bolles never returned to his typewriter. Soon after he left his desk, Bolles was critically injured by an automatic car bomb that ripped through his 1976 Datsun 710 shortly after he turned the key.

As law enforcement and others descended on the scene, Bolles uttered three words that would spur an investigation — and incite theories — long after his death:

Bolles was rushed to the hospital, where both legs and an arm were amputated. He remained on life support for nearly two weeks before passing away June 13, 1976.

Known as a tireless journalist, Bolles was well-respected among media professionals, having even been nominated for a Pulitzer on his work uncovering bribery and kickbacks. He spent his career exposing land fraud and corruption — it wasn’t surprising that there were people who wanted him dead, or at least silenced.

Of course, the mafia were known to intimidate people that stood in the way of their pursuits through violent means — even if it meant planting a car bomb. But what did Bolles mean by Emprise? And who was John Adamson? One of the most intriguing questions remained: What had Bolles uncovered about the Mafia and Arizona politics that the public might never know?

The case was closed and reopened multiple times throughout the 1980s and 1990s. At times, it seemed that the truth behind the complex web of wealthy land owners, business people and politicians may have died with Bolles.

But potent clues are left behind: in the final trial, it was noted that Bolles had written about and was continually investigating New York-based sports conglomerate Emprise, which was known to have connections to organized crime. Emprise was even convicted of racketeering in Los Angeles in 1972. The conglomerate had ties to the Phoenix Greyhound Park, where it had a controlling interest in the dog races.

Eventually, John Adamson — an underworld figure with a penchant for racing dogs and making bombs — confessed to the killing and spent a short time on death row before having his death sentence overturned in exchange for testifying against several other key suspects. However, to this day, it is unclear who exactly ordered Adamson to plant the car bomb.

Bolles was intent on illuminating any criminal connections between Emprise and powerful players in Arizona at the time — including Kemper Marley, a well-known liquor distributor who, as Bolles’ reporting revealed, had exclusive contracts with racetracks. It might be a coincidence — or it might not be — that Marley was also particularly cozy with then-Arizona Governor Raul Castro. Castro even appointed Marley to the Arizona Racing Commission, but due to Bolles’ articles about Marley’s previous positions, he was forced to resign.

In 1976, the Arizona legislature passed laws preventing monopolized ownership of dog tracks — in part due to Bolles’ persistent reporting on the subject. But he didn’t live to see the fruits of his labor.