5 Facts About the Southwest’s Strangest, Smelliest Inhabitant – The Javelina 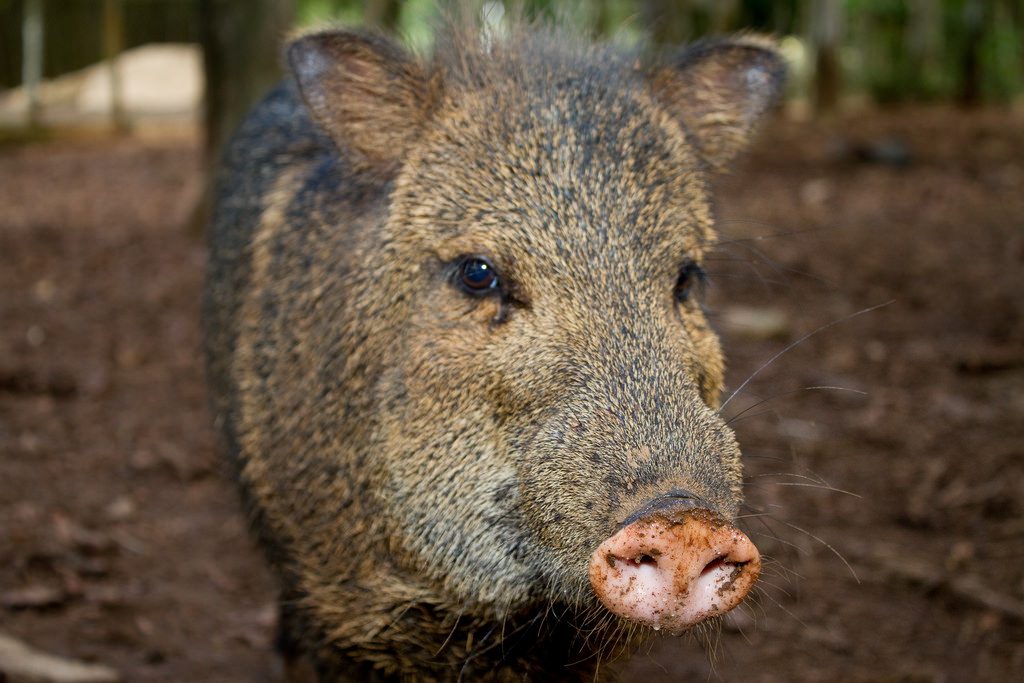 For many of us who grew up in the Southwest, javelinas — or properly known as peccaries —were a common sight. It wasn’t unusual to see a pack, often with babies in tow, crossing the street and disappearing into the brush. For those familiar with wildlife indigenous to the American Southwest and Central America, the javelina was as unexciting as a resident raccoon rummaging through the garbage.

But to others hailing from elsewhere, the peccary might as well be from a different planet: they’re not quite a pig, not quite a deer, with cloven hooves, long snout, wiry hair and are accompanied by a strange, musky odor.

Intrigued? Check out five facts about these one-of-a-kind creatures.

Javelinas can be mischievous, don’t necessarily smell like roses and can present a threat to small dogs, so it’s understandable that some people don’t want packs of peccaries hanging out in their back yard. We discussed some ways to repel javelinas in this post.

But most times, javelinas are shy, timid and mind their own business. Unless you find yourself face-to-face with an Amazonian giant peccary, chances are they’ll wander off without causing too much trouble.