Dose of HistoryFood & DiningSmall Town Scene
Home›Dose of History›Go for the Story, Stay for the Food: La Posada is a Must-See Along Rt. 66

Go for the Story, Stay for the Food: La Posada is a Must-See Along Rt. 66 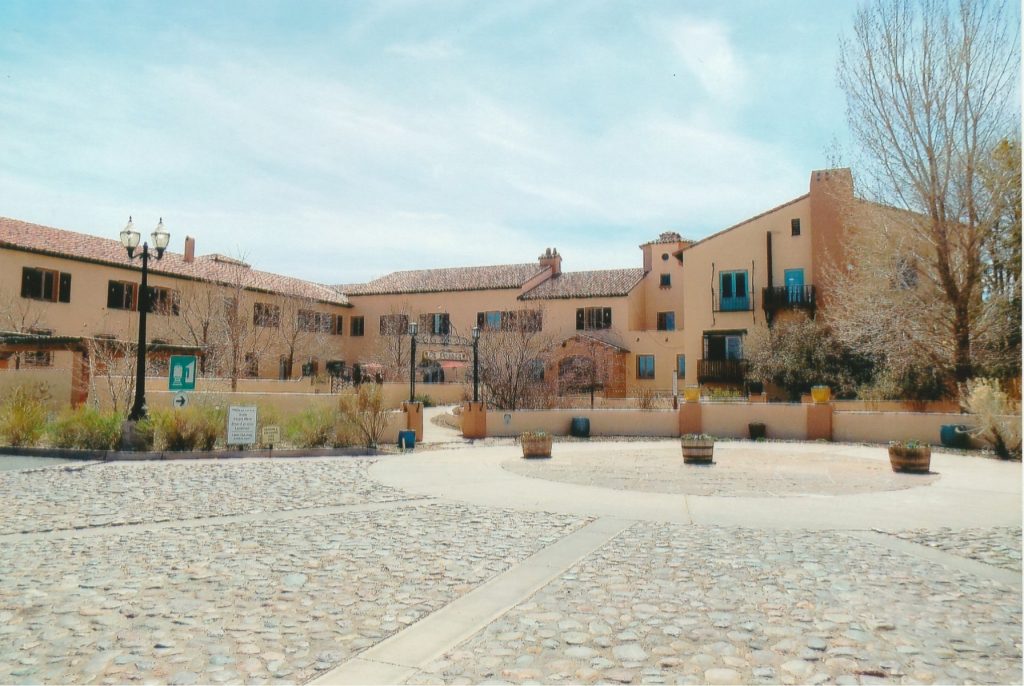 If you’re traveling along the Historic Route 66, a necessary stop along the way should be the La Posada Inn in Winslow, Arizona.

Designed by the famed architect Mary Colter, the inn’s rustic façade transports any visitor to a time when the American West still felt mostly wild. When stepping onto the historic grounds of the La Posada complex, you can easily imagine a turn-of-the-century train, belching coal smoke, delivering groups of wealthy, west-bound tourists, eager for a meal and place to rest along their journey.

Despite being nearly demolished after the Great Depression, La Posada miraculously still retains much of its original beauty and has been revitalized under new ownership.

La Posada has a legendary past — completely born from Colter’s luminous imagination. To attract the attention of travelers, she constructed a fictionalized and captivating history around the complex. Rather than the Inn being built in the 1920s, she reimagined it as a wealthy Spanish don’s hacienda from the early 1800s.

To support her elaborate narrative, Colter designed La Posada in the traditional Mission Revival style — complete with wall niche to house Catholic saints, red terra-cotta roofs, exposed wood beams and weather-worn wooden shutters. Colter zoomed in on the tiniest details: wrought-iron details on the windows and stairwells, shaded courtyards complete with a wishing well. Colter even faked an archeological site that, according to her, was at the location before the don built his mansion. She considered La Posada some of her best work.

It’s an untrue backstory, but enticing, nonetheless. And kudos to Colter for her creativity and flawless execution.

Despite much of La Posada’s fabricated history, its reality is just as fascinating.

It all began with a revolutionary partnership between the Santa Fe Railroad system and entrepreneur Fred Harvey. Before Harvey got involved, most of the restaurants and hotels along the railroad were unpleasant. Travelers complained of “chicken” soup actually made from prairie dog, and we can only imagine what other desert critters ended up in the stew. Other than that, staff members regularly brawled. To say the least, it wasn’t considered a five-star travel experience.

When Harvey got involved, travelers finally said goodbye to the roadkill soup and violent waiters. He hired a troupe of beautiful 18 to 30-year-olds to staff the inns: the famous “Harvey Girls,” immortalized by Judy Garland in 1946 and known for impeccable service. His enterprise was known for serving delicious, fulfilling and fresh meals, including breakfasts finished off with apple pie and coffee. Harvey put an enormous emphasis on quality and the railroad decided to put him in charge of the food establishments along the route.

It was the beginning of the Harvey empire. By 1900, Harvey operated 65 eating houses, 12 large hotels and 60 dining cars — some could say he owned the original “chain restaurant.”

Like so many industries, the Great Depression threw a wrench in ambitious business plans. La Posada was built in 1929 — the same year as the infamous stock market crash. It opened in 1930 but to a lukewarm reception. With the introduction of the car, people gradually abandoned the train as a primary mode of transportation and middle-class families, now mostly strapped for cash, sought more modest establishments.

Tragically, the inn fell into disrepair for the majority of the 20th century. Colter’s hard work went unappreciated for 40 years.

A Modern Homage to Times Passed

In 1997, La Posada was bought by idealistic graduate student Alan Affeldt and Tina Mion, a painter. The two fell in love with Colter’s imaginative storytelling and, like her, recognized the hotel’s potential. They began work on an impressive room-by-room restoration. Affeldt and Mion elevated and carried on Colter’s vision — visitors can again enjoy quiet courtyards and period-piece furniture. Mion’s artwork decorates the walls.

If you can’t spend the night in one of their luxurious guestrooms, at least enjoy a meal at the award-winning Turquoise Room restaurant. The Turquoise Room carries on Harvey’s legacy by offering innovating Southwestern-inspired cuisine, including warm prickly-pear cactus and spice bread pudding and free-range braised bison short ribs.

La Posada is at the heart of Winslow’s revitalization. What used to be a sleepy town now attracts tourists from across the globe. It seems like the hard work of Colter, Harvey, Affeldt and Mion is finally paying off.