The Tucson Artifacts are the Southwest’s Greatest Hoax 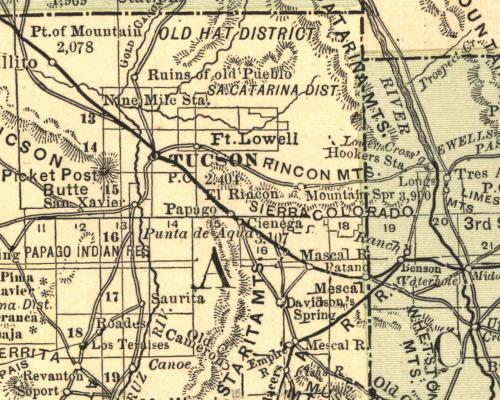 Imagine stumbling across 31 lead objects in the middle of the Arizona desert. The objects are heavy, include swords, crosses and religious paraphernalia, and are complete with Hebrew and Latin inscriptions. They look ancient, bearing the date 800AD, and if they’re authentic they completely rewrite the history of North America.

That’s exactly what happened in the late summer of 1924, when Charles Manier and his family stopped to examine an abandoned lime kiln. As they waded through the desert underbrush, they discovered a dozen or so strange objects protruding from the caliche, a thin layer of soil that had been cemented over time.

Manier’s close friend Thomas Bent homesteaded the patch of land and between 1924 and 1930, the two extracted additional objects.

Specialists, historians and archaeologists from across the world vied for a chance to gawk the artifacts, only adding to the excitement that this dusty corner near what is now Picture Rock, Arizona, was a revolutionary archaeological site, proving that the Southwest had its own ancient Roman-Jewish settlement. The history books had been wrong all along — and some sincerely believed that southern Arizona would exist alongside Rome and Alexandria as pivotal sites in Western history.

While it was an alluring narrative for many, the Tucson Artifacts were ultimately proved to be a hoax. Modern experts point to a few major indications that disprove their authenticity.

While these peculiar objects may not have been evidence for transatlantic Roman settlers, their creator and his/her motive remain a mystery. Were they the passion project of a skilled and imaginative scholar? Planted by folks who wished to see Tucson on the map? Or do they tell another story entirely?

If anything is for certain in this story, is that we might never know who — or why — someone created 31 lead objects and abandoned them in the Arizona desert. But whatever their purpose, they’ve remained a fixed feature in Arizonan folklore.