Palm Trees Aren’t Native to Arizona, So How Did They End Up Here? 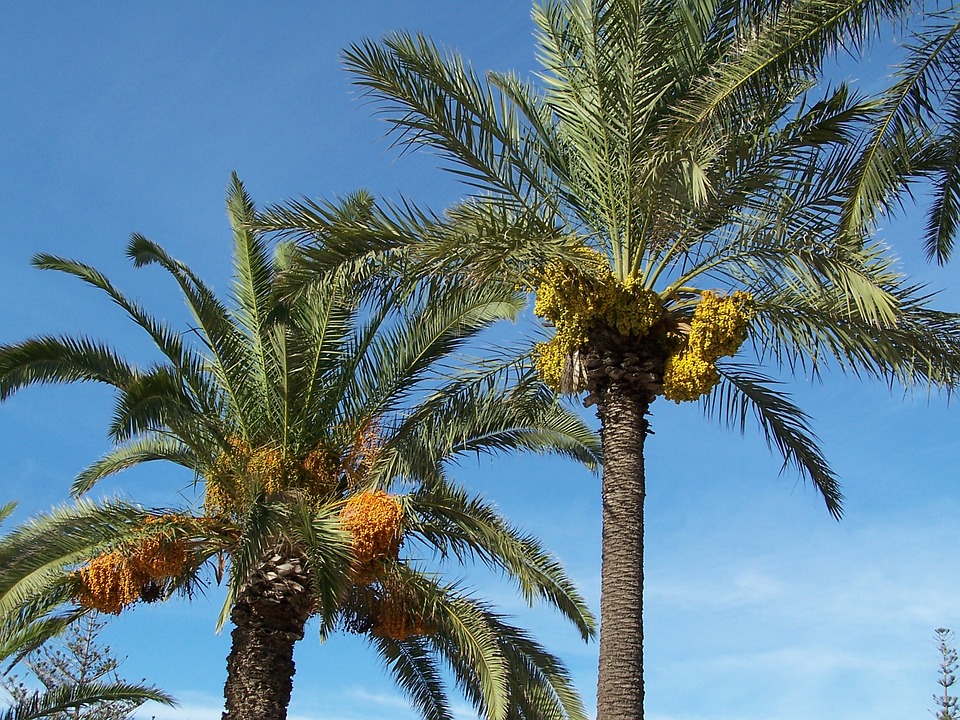 Nothing quite says “desert oasis” like a cluster of slender palm trees. They’re found all over the southwest, lining the highway, parks and found in many of our backyards. The iconic trees are tall and majestic, not even bending with the wind. Though palms are a seeming eternal installation from Phoenix to Los Angeles, the truth is they haven’t been here forever.

There are 2,500 species of palm worldwide, but only 11 are found naturally in North America. Even more surprising, there is only one species native to the Western U.S: Washingtonia filifera, or more commonly known as the California fan palm. Even then, naturally occurring California fan palms are rare in Arizona.

Beyond the California fan palm, one could easily find several different kinds of palm trees in Phoenix, many of which were brought here by both humans and animals. So, what’s some of the history of the palm tree in Arizona? And how has it survived so well?

In Arcadia, a neighborhood found in east Phoenix, there’s a peculiar group of palm trees unmissable to anyone passing through. They’re date palms, which are indigenous to the Middle East, and produce a fruit that tastes like honey.

It just so happens that a fellow named Roy Franklin adored the delicious date and decided to plant a few of these trees. The trees rapidly reproduced, and with the help of some cultivators, date palm ranches began to pop up. The biggest stretched across 300 acres, with 15,000 trees in the 1930s.

The modern date palm grove in Arcadia is the remnants of one of these once-sprawling ranches.

Planted with a Purpose

Why have palms become so common in urban areas? It’s especially puzzling since they don’t provide much shade, as one would hope for in the hot desert climate. It’s more for the reputation than anything; palm trees are favored by landscapers for the “skyline effect,” meaning the towering trees provide a recognizable focal point for commercial areas.

As palm trees gained popularity through the 20th century, they continued to be planted — and many have survived. Palms are typically quite hardy and do well in the heat. However, they do require more water than other Arizonan plants.

If you travel about 20 miles south of Quartzsite, you’ll find a mountain called Signal Peak. Signal Peak includes the narrow, rugged Palm Canyon, where you can find one of only California fan palm habitats. It’s one of the biggest attractions for hikers and does feel a little like a tucked-away paradise. Botanists have often wondered how the grove of fan palms ended up in this particular location. Many speculate they were transplanted from nearby California by animal droppings, thousands of years ago. They’re not going anywhere any time soon.

Just because the native palm is rare in Arizona today, doesn’t mean it wasn’t the perfect habitat for a thriving palm population at one time. The Petrified Forest National Park, near Holbrook, is home to thousands of fossilized plant life, including palm trees, gingkoes and ferns from the Late Triassic.

Who knew this common plant would have such a fascinating backstory? While palm trees can be found everywhere nowadays, it wasn’t always the case. Now when you spot a group of palms, you can thank the combined efforts of humans and nature that has brought these trees here.