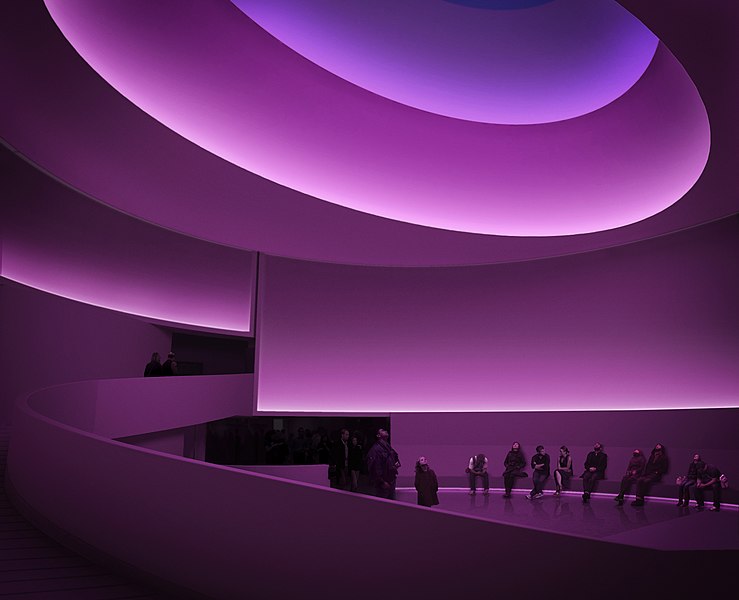 A rendering of Turrell’s Aten Reign installation at the Guggenheim Museum.

In the remote Painted Desert region of Northern Arizona, something magical is happening. For the past three decades, world-renowned artist James Turrell has been incrementally converting a volcanic cinder cone known as Roden Crater into a large-scale, immersive artwork, about 40 miles outside of Flagstaff.

Described as the “magnum opus” of Turrell’s expansive career, Roden Crater is an awe-inspiring meditation on land, sky and light, with 21 sculptural spaces connected by six tunnels within the walls of the crater. The installation feels simultaneously ancient and from far in the future, even otherworldly. Meant to last for centuries to come, Roden Crater is tentatively set to open in 2024, but has already garnered much attention – and rightfully so.

With art installations scattered across the globe, Turrell has achieved a somewhat mythical quality among art-lovers. Here, we explore five facts about this revolutionary artist and his beloved works.

#1 – He began his art career in Los Angeles in the 1960s
Born in Los Angeles, California in 1943, Turrell studied perceptual psychology at Pomona College, before pursuing a graduate degree in the Studio Art program at the University of California, Irvine. There, he first began experimenting with light, joining the ranks of other young artists in the area (including Robert Irwin and Mary Corse) who formed the Light and Space artists’ group.

#2 – Turrell’s Skyspace installation series is found across the globe
According to his website, “A Turrell Skyspace is a specifically proportioned chamber with an aperture in the ceiling open to the sky. Skyspaces can be autonomous structures or integrated into existing architecture. The aperture can be round, ovular or square.” Skyspaces are dotted across the map, ranging from Bogota to Los Angeles to Oslo to Beijing to Phoenix. 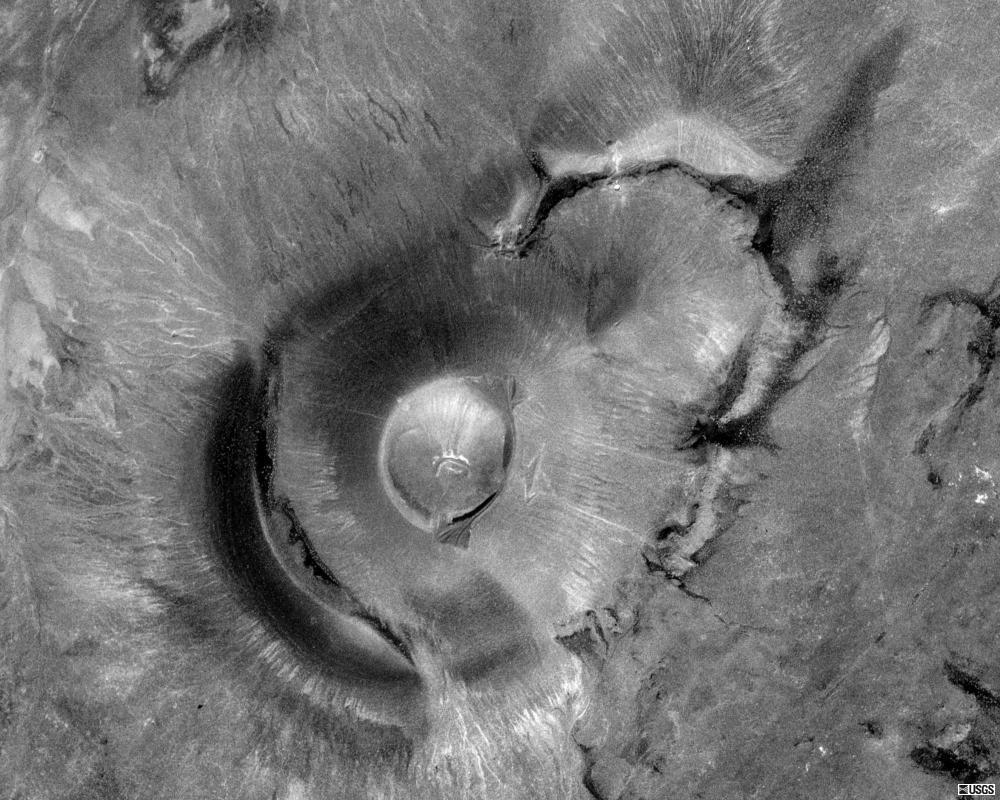 Satellite view of Roden Crater, about 40 miles outside of Flagstaff, Ariz.

#3 – A trained pilot, Turrell discovered Roden Crater from the sky
With so much of his work meditating on the connection among the earth, sky and the space in-between, it seems particularly fitting that Turrell would be a pilot. In the 1970s, hunting for the perfect mountain to construct the long-imagined art installation, he discovered Roden Crater during a flight over the Northern Arizona desert. He bought the surrounding 155-acre cattle ranch and spent many nights sleeping under the stars atop the mountain, contemplating the installation’s construction.

#4 – He’s a lifelong Quaker
Both of Turrell’s parents were devoted Quakers, a sect of Christianity rooted in modesty and pacifism. In an interview with Harper’s Bazaar, Turrell explains, “Art is not something Quakers do… Art is a vanity. Strange thing is, the more I’ve been in it, the more I realize that’s probably the case.” In some ways, his Quaker upbringing has influenced his art: a common teaching among Quakers is how to “nurture the light within.”

#5 – One of Turrell’s biggest supporters is musician Kanye West
In January 2019, West donated $10 million to help Turrell finish the Roden Crater project. Known for his hyper-visual aesthetic (West’s videos and performances are always very visual; he is also a fashion designer), it comes as no surprise that West would be drawn to Turrell’s dramatic, engrossing artwork. Even more interestingly, West has synesthesia – a condition where he “sees” sound. Kanye’s upcoming documentary Jesus is King is filmed within Roden Crater.