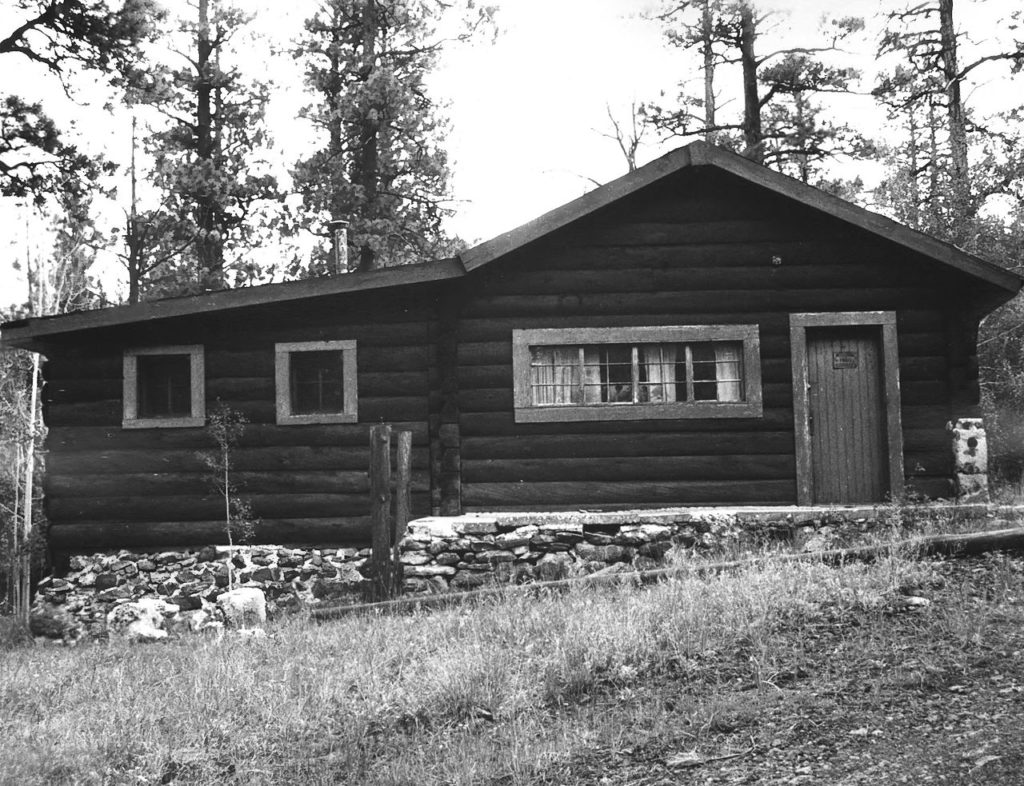 James Willard Schultz led a fascinating life. He was born in New York in 1859 and found an early appreciation for the great outdoors, often going hiking, camping and hunting. Shultz earned a reputation as a fearless explorer and Glacier National Park guide, as well as a noted historian of the Blackfeet people, a nomadic Indigenous tribe who roamed the northern Great Plains.

Schultz operated a fur trading post in Montana and wrote 37 books throughout his career, mostly about his life alongside Indigenous people. He was eventually given the name Apikuni (Spotted Robe in English) by a Blackfoot chief. Eventually, Schultz found himself in Arizona’s White Mountains in the early 1900s.

In 1914, Schultz became the first non-resident to build a cabin near Greer. He returned to this beloved seasonal retreat, built from local ponderosa pine and Douglas fir, for decades to write and hunt. He eventually brought along his son, Hart Merriam Schultz (also known by his Blackfoot name, Lone Wolf), who was a talented painter. Inspired by the abundant butterflies in the surrounding meadows, Schultz named the cabin Apuni Oyis, which means Butterfly Lodge in Blackfoot.

Today, you can visit the Butterfly Lodge Museum in Greer to see the original structure and learn more about Schultz’s adventures in Arizona, Montana and other parts of the West. The property also includes an expansive event pavilion and a gift shop where you can purchase a Lone Wolf original sketch or a copy of one of Schultz’s novels. The cabin was added to the National Register of Historic Places in 1992.