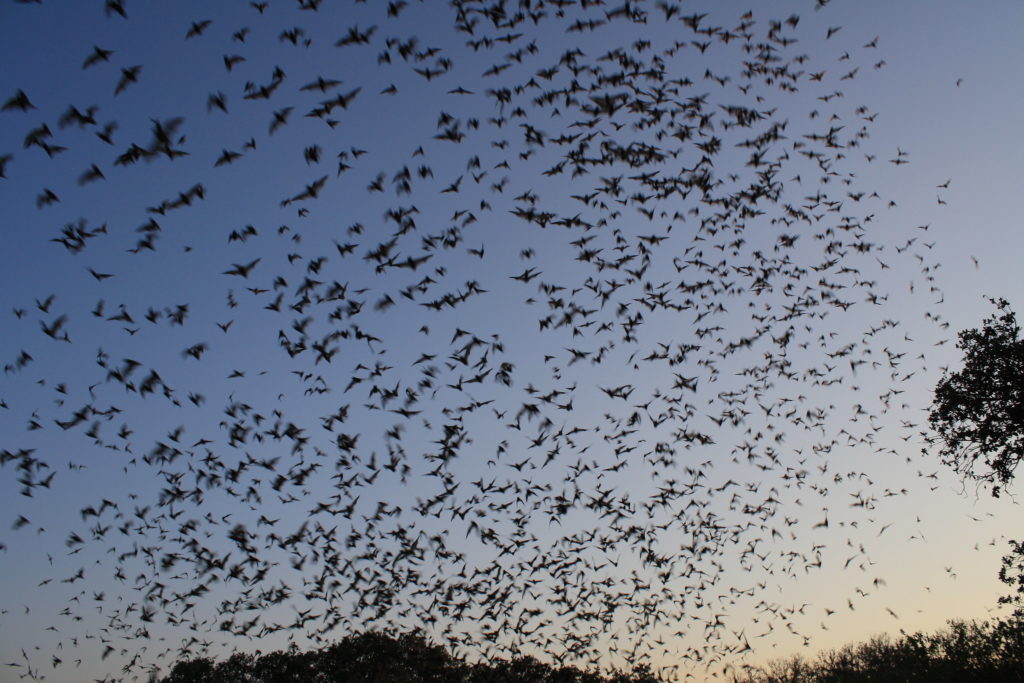 Between May and October, dusk in Arizona brings relief as the relentless sun dips behind the mountains. Near the corner of 40th Street and Camelback Road, it also brings bats – more specifically, 10,000 to 20,000 Mexican free-tail bats. With a chorus of chirping and squeaking, they flap their leathery wings, making frenzied loops and zig-zags in the desert air. It’s brunchtime for these winged mammals and while there aren’t any mimosas, there is an abundance of scrumptious flying insects to devour.

Who knew an unassuming storm drain could become the Valley’s best and batty hotspot? While it’s not the Bat Cave à la Bruce Wayne, it’s nonetheless incredible. Mexican free-tail bats are known for gathering in huge numbers. Some flocks have been recorded in the millions and large enough to see on radar. They’re also able to reach flying speeds of up to 100 mph. During the summer months, Phoenix is a pitstop on the Mexican free-tail bat’s journey to Mexico. Apparently, it’s also the prime spot (cue Marvin Gaye’s “Let’s Get it On”) for bats to fall in love and make little bat babies.

Arizona has nearly 30 species of bat. One of them, called the canyon bat, is the smallest in North America, weighing about the same as a Hershey’s Kiss. Its flight is said to resemble a butterfly’s. Unfortunately, bats are widely misunderstood and seen as dirty or dangerous, when in fact, they’re critical for many desert habitats and control insect populations.

During the day, this storm drain looks like any other seen throughout the Valley. At night, though, it comes alive with Arizona’s fastest, feistiest, insect-eating, baby-making bats.