Arizona Oddities explores the quirks, quips, tales and turning points that have shaped the state’s cultural identity. A small team of Arizona buffs and established storytellers contribute to the blog regularly, and we hope it unfolds as a record of the collective Arizona experience.

We invite you to join the conversation and share comments about the oddities you encounter. 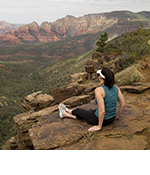 Andrea Aker is the publisher and editor of Arizona Oddities. She is also the founder of Scottsdale-based Aker Ink PR & Marketing. Prior to founding Aker Ink, Andrea worked as a print and broadcast journalist throughout the state.

An Arizona native, Andrea loves the outdoors and recreation, actively seeking out new, quirky and cool things to do in Arizona.

Taylor Renee Haynes is a regular contributor to Arizona Oddities. She works as a content developer at Aker Ink PR & Marketing, spending her spare time freelance writing and traveling the southwest. 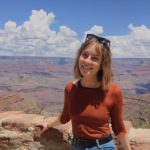 Born and raised in Prescott and a graduate of Northern Arizona University, she is proud to call the Grand Canyon State home. She is an advocate of preserving Arizona’s bountiful outdoor spaces and rich cultural history.

Fun fact: Taylor can recite all the geologic layers of the Grand Canyon by memory. 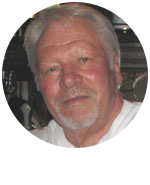 Sam Lowe has been writing about Arizona’s quirks, oddities and curiosities for more than 40 years, first as a columnist for The Phoenix Gazette and The Arizona Republic, now as a freelance writer.

He has written five books about the state, including “Arizona Curiosities” and “You Know You’re in Arizona When…” He has visited every town in the state at least once, and written about many of them in articles that have appeared in Arizona Highways, Arizona Highroads, Sedona Magazine, Mature Life Features, The Columbus Dispatch, International Travel and Tourist News, RV Journal andTransition Travel

Abroad. He is also the Senior Travel Expert for Best Western International’s travel web site and is currently writing a sixth book about Arizona, entitled “Arizona Myths and Mysteries.” 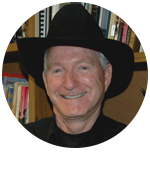 Marshall Trimble is the state’s official historian. He began his career as a folk singer in the 1960s, and now appears on stage, radio and TV as a storyteller of Arizona and the West. He has performed his cowboy songs, poems and stories before audiences ranging from large national conventions to trail-ride campfires in such scenic places as Monument Valley and Canyon de Chelly.

Excerpts from this series as well as Marshall Trimble’s Arizona Trivia appear in Arizona Oddities. Learn more about Marshall’s books. 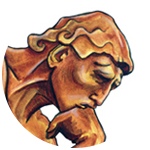 A long-time columnist for The Arizona Republic and AZCentral.com, Clay Thompson made a living out of answering the strangest questions in the newsroom and snarking on some of the people who ask them. His Valley 101 column offered a humorous and highly informative look at life in Arizona and the Valley of the Sun for more than 20 years. He covered it from every angle: science, history, the human body, food, animals, plants and much more.

Clay passed away in 2018, but his most memorable insights have been compiled into a Valley 101 series:

Excerpts from these books appear on Arizona Oddities, courtesy of American Traveler Press, the publisher of the Valley 101 book series. Get the books.